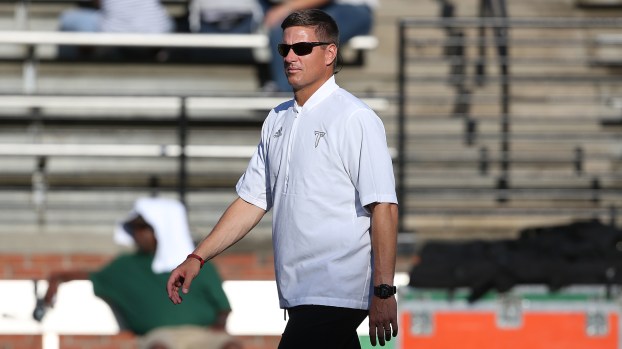 Blackmon joined the Trojans prior to the 2018 season. He spent his first season with the program coaching the tight ends and S-backs.

“Brian is one of the most respected coaches in the state of Alabama, and I’m excited to have him on our staff,” Lindsey said. “Brian’s knowledge of the game is second to none, which will lend well to his role running our special teams. I had the opportunity to work with him firsthand and know the type of leadership and work ethic he brings to the table. The relationships that he has worked hard to develop over the years are instrumental when it comes to our ability to recruit in this state.”

Before coming to Troy in 2018, Blackmon served as an offensive analyst at Auburn in 2017.

“Troy has always been a special place to me, and I’m humbled to be able to continue coaching at my alma mater,” Blackmon said. “I appreciate the confidence Coach Lindsey has placed in me, and we are excited to continue building on the championship tradition that Troy has become accustomed to.”

The Trojans, under previous head coach Neal Brown, put a heavy emphasis on special teams and Blackmon played a big part in bringing success to the unit in 2018.

The Trojans finished number one in the country according to EPN’s special teams efficiency rating.