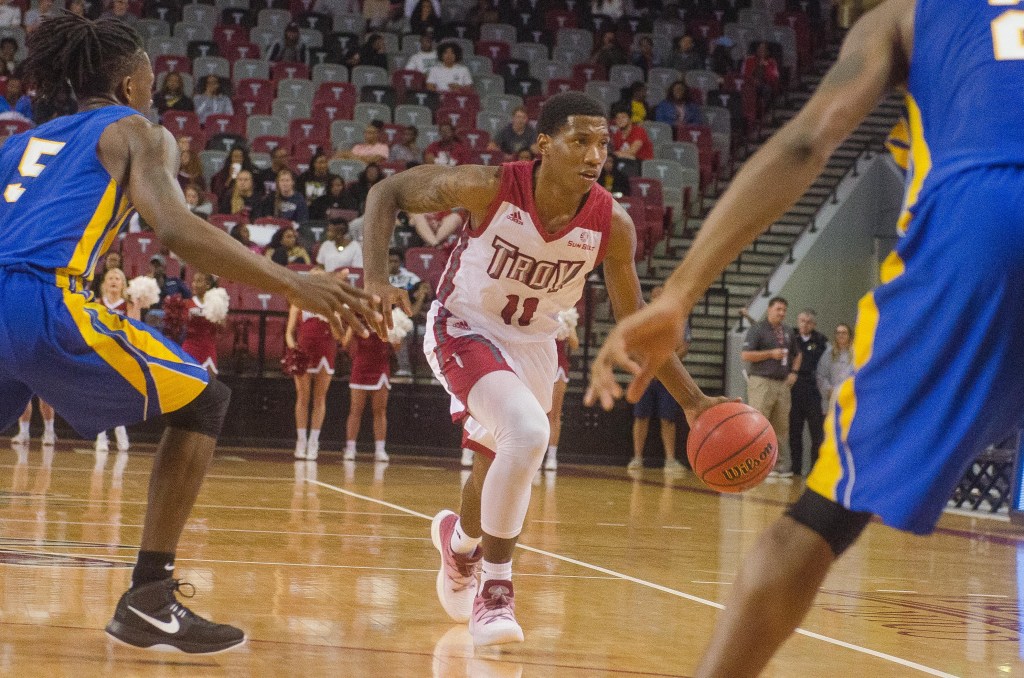 The Trojans (1-2) return home after falling in two straight games in the Barclays Center Classic against St. Louis and Pittsburgh.

After leading the majority of the game, the Trojans fell to the Billikens 62-58. The Trojans ended the two-game road trip with an 84-75 loss to Pittsburgh on Monday evening.

Senior Jordon Varnado leads the Trojans in scoring with 16.3 points per game. Varnado is averaging a double-double in the season’s first three games. He comes into this evening’s game averaging 10.3 boards per game. Alex Hicks and Javan Johnson also average double figures in points per game with 13 and 10.7 points respectively.

The Eagles come into today’s contest with a 2-0 record and are coming off a 74-64 win over SMU on Sunday afternoon. They began the season with a 111-66 win over Southeastern Baptist.

Game time is scheduled for 6 p.m. inside Trojan Arena.