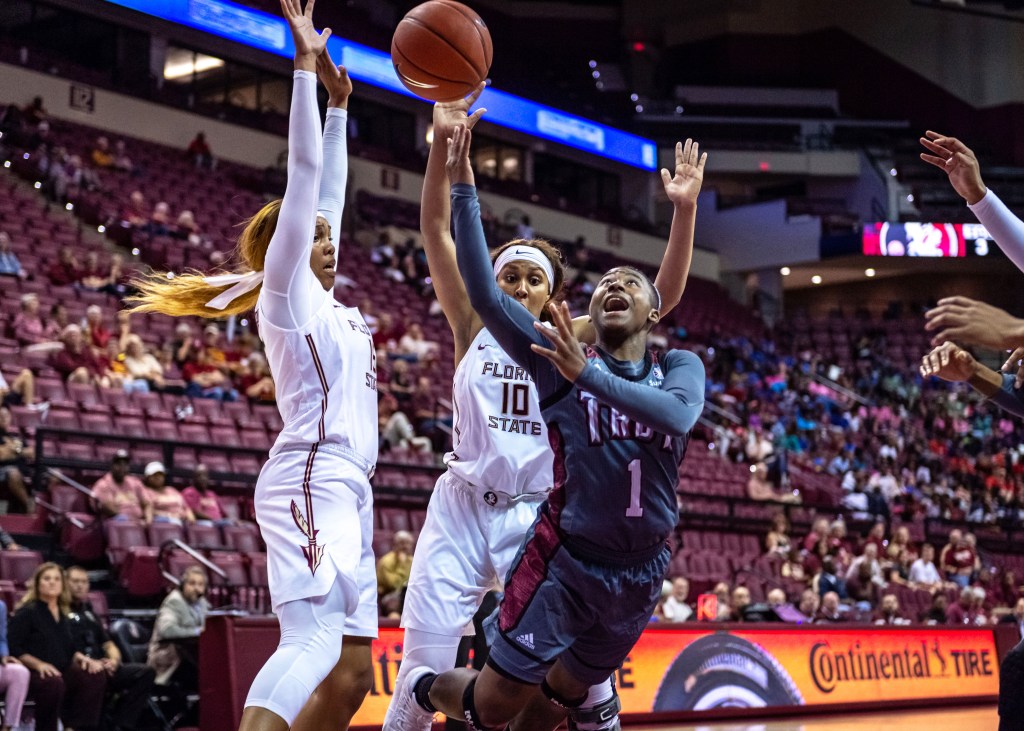 Troy’s head women’s basketball coach Chanda Rigby picked up her 100-win on Monday after Troy defeated Samford 72-52, but Rigby and the Trojans have their sights on a lot more in 2018.

“Of course I am super excited about this team,” Rigby said. “I’ve said it over and over that this is the most talent we have ever had, sometimes it takes a while to put that talent together. We went out and showed that against Florida State. I didn’t think that they are that much more of a talented team than us.”

The Trojans return three seniors this season in Amahni Upshaw, Shaterrika O’Neal and Sky’Lynn Holmes. Upshaw was not at full speed a season ago despite playing in 31 games.

“We have three seniors that are playing really well right now,” Rigby said. “Amahni Upshaw is our only four-year player in the program. She was not full speed last year, people didn’t get to see what she could do. She was coming off a surgery, which in retrospect we wish we would have redshirted her for. She is really playing well like a senior and leading us on the floor. She is one to watch.”

Holmes was named Newcomer of the Year last season after she averaged 8.4 rebounds per game and racked up five double-doubles.

“She has worked hard on her game this summer,” Rigby said. “She has always been a good rebounder, but she has worked to improve her scoring in the summer and the offseason.”

O’Neal played in 12 games during her junior season due to an ACL injury. She scored a season-high 15 points against Tennessee.

“She has something to prove,” Rigby said. “She has worked extremely hard to get back on the floor.”

The Trojans welcome in one true freshman in Shawnta Shaw. Shaw comes to Troy by way of Pearl-Cohn High School in Nashville. She averaged 23 points per game during her senior season.

“I call her little bit,” Rigby said. “She is a dynamite. She is fantastic. We have actually adapted some things for her defensively as far as full court. She is such a good on-ball defender. She is really fun to watch She’s the quickest player on the team.”

In hopes of giving valuable minutes to her players, Rigby plans on playing a deep rotation of players.

“We have 13 right now,” Rigby said. “It’s a decision right now for a starting lineup. Players are in the arena or the practice gym every day trying to outdo their teammates and get that starting position and playing time. It’s only making us better and, down the line, I think we will really reap the benefits of that.”
The Trojans finished last season with an 18-13 overall record, but missed out on the NCAA Tournament after making it the previous two seasons.

“We have a huge chip on our shoulder,” Rigby said. “We do not like staying home while other people are getting to play in the NCAA Tournament. That hurt us last year; it still hurts. It’s not going to be healed until we get back to the NCAA Tournament.”

To do that they will have to successful make their way through a tough Sun Belt Conference schedule.

“The Sun Belt is very strong this year,” Rigby said. “We got picked second, again we have a chip on our shoulder about that. Little Rock, of course to deserves to be in that spot; they won it last year. They have great players back. We want to be in that spot. Overall, it’s not just going to be Troy and UALR fighting for that. There are tremendous teams in the Sun Belt. It’s going to be great competition.”

The Trojans return to action on Friday night when they host Tennessee State beginning at noon.