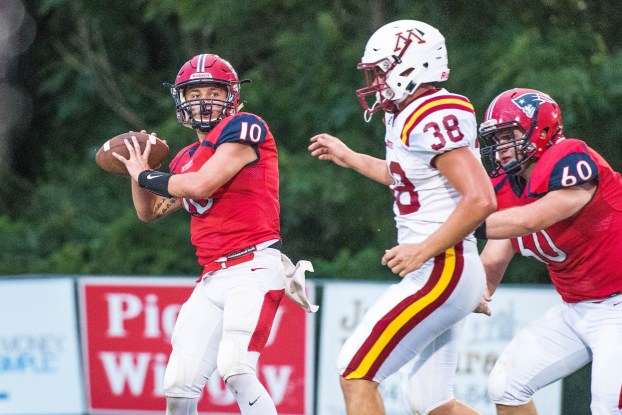 Several Pike Liberal Arts Patriots were honored for their success in the classroom and on the field of play.

The Patriots had their most successful regular seasons in nearly a decade this year, finishing with a 10-1 record. It was their first 10-win season since the 2009 season.

As a reward, six Patriots were named to the upcoming AISA All-Star Game in Montgomery. Running back Cody Hollis, along with receiver Tristen Carter, linebacker Max Copeland, quarterback Jade Sikes and center Grant Wilkes will all represent the Patriots.

As a receiver, Carter finished the season with 10 catches for 287 yards with two touchdowns. As a punter, Carter averaged 32.8 yards per punt with four touchbacks.

Copeland led the Patriots in tackles in 2018. The senior finished with 179 total tackles with two sacks.

Wilkes had 23 punts for the Patriots and averaged 36.6 yards per attempt. His season long was 55 yards and he had three touchbacks. On defense, Wilkes had 62 tackles. They five Patriot football players will be joined by cheerleader Emmy Stevens, who secured his spot in the game during cheer camp during the summer.

Damion Willis and B.J. Smith helped lead Troy to a 26-16 win over Louisiana-Lafayette on Saturday afternoon. The win for... read more