New look: After sluggish start, Bulldogs look to bite down on another region championship 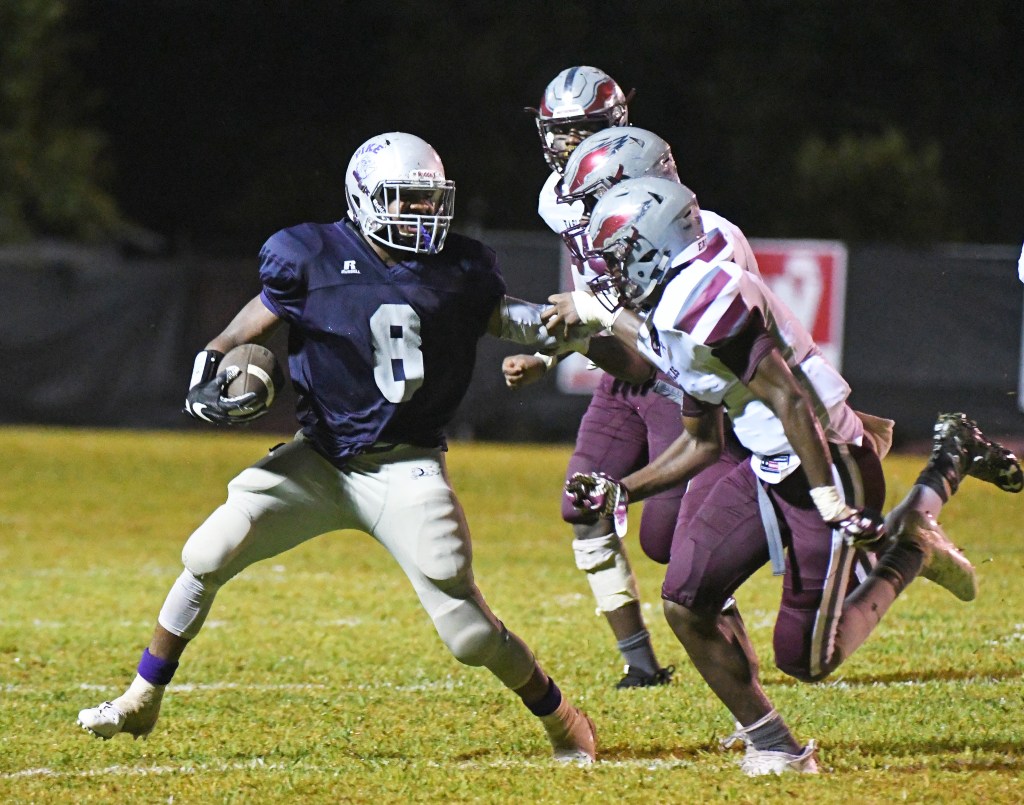 After an 0-1 start to the season, the Pike County Bulldogs have rattled off six wins in a row. They hope to make it seven in a row this evening when they take on Opp.

The Bulldogs (6-1, 5-0) have won eight region games in a row going back to last season. They hope to make it nine in a row tonight.

“We realize it’s another region game and we are trying to stay on top of that,” said head coach Fred Holland. “We had a good week of practice.”

In their loss against Charles Henderson in an exhibition, followed by a loss to Alabama Christian, the Bulldogs scored a total of six points. In their last six, they have averaged nearly 30 points per game. They scored a season-high 39 points in game one of their winning streak against Houston Academy.

“The guys have taken it upon themselves to get better each week,” Holland said. “I think our coaches do a really good job preparing them during the week. I think our senior leadership has also been an added dimension to that. I think it’s been a combination of just getting better and accepting coaching.”

The Bulldogs entered the season with players who were not only new to the team, but new to the game of football. Heading into week seven, they are not only learning the game, but they have become weapons for Holland and the Bulldogs.

“They have grown up a lot,” Holland said. “Some of them have very limited playing experience. They have learned a lot on the job. We have faced a lot of teams that allowed them to see if you work hard, good things will happen to you. They have spent a little time on their own, so it’s been something that has been very positive.”

Opp comes into the contest with an 0-7 record and are coming off a 61-0 loss to Providence Christian on October 12. The Bobcat offense has been shut out three times, including in the past two games.

“I feel like they are going to try and spread us out and run the football,” Holland said. “That is what they have been doing to all the teams so far. They have some big linemen up front. We have to play them tough up there.”

The Bulldogs have two region games remaining against Opp and Straughn, two teams that have a combined record of 2-13. With the region on the line, Coach Holland and the Bulldogs will handle each game like they have every other one.

“We can work on things that we can work on for the playoffs,” Holland said. “I know we are a long way from the playoffs. We have to continue to get better each week. We take it day by day and game by game. I don’t look ahead, I just really concentrate on the games that we have because they are a tall enough task as it is. If you take it day by day, the kids will do it as well.”

Kickoff is scheduled for 7 p.m. at Channel Lee Field in Opp.

FRESH HOPE: Trojans have shot at playoff after Carroll…