Patriots travel to Luverne to take on Crenshaw Christian 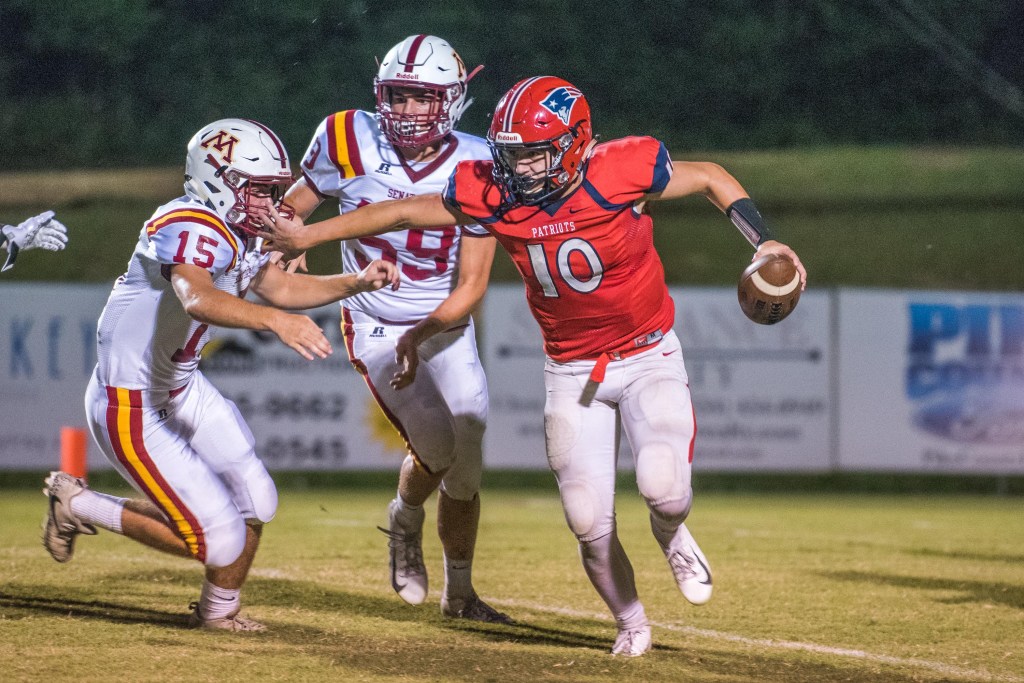 The Patriots will try to get off to a 2-0 start Friday night when they travel to Luverne to take on Crenshaw Christian.

It will be the first time since 2005 that the two schools have met on the football field.

The Patriots opened the year with a 20-14 overtime win over Morgan Academy last Friday night.

“We are trying to get better at everything we do,” said head coach Gene Allen. “I was really proud of the kids for going out and competing the whole game. I thought we did a good job for the most part protecting the ball.”

The Cougars come in with a familiar face on the sideline in former Patriot and Pike County head coach Wayne Grant, who is in his first season coaching the Cougars.

“This week is going to be a different challenge,” Allen said. “Coach Grant has done a great job with the kids.”

Tackling and fundamental work was on the agenda this week for Allen and the Patriots during practice.

“We just have to keep working on fundamentals,” Allen said. “We have to tackle a lot better. We didn’t tackle very well last week at all. Hopefully we will do a better job of that this week.”

Missed tackles paved the way for big plays by the Senator offense last week. In the first two drives of the game, the Senators had two big plays for over 50 yards. Limiting big plays was another point of emphasis for Allen and the Patriot defense.

“One of our nemeses the last couple of years has been getting off the field on third down,” Allen said. “I think both of the big plays came on third and long. One of them may have come on fourth down. Obviously we have to cut down on big plays. We aren’t communicating like we should be. We got into two different coverages that we weren’t supposed to be in.”

Grant and the Cougars also come into the contest with a 1-0 record after they knocked off Calvary last Friday evening 20-19.

“We know they are going to be physical,” Allen said. “All of coach Grant’s teams are physical. They have a big quarterback that runs the ball well. They have a couple of running backs that are pretty quick. He will get in a two-tight-end I and run the ball down your throat.”

The Cougars will spend much of their time running the ball out of the I-formation, but Allen expects Grant to also run the spread offense and allow his quarterback to make plays.

“They’re more quarterback-oriented in spread,” Allen said. “He is a big kid and we are going to have to come up and make some tackles. He throws the ball fairly well. He is not a great thrower, but he is good enough to where you can’t come up and try to make a play because he will throw it over the top of you. He throws it well enough to make you honor it.”

The Patriots and Cougars will kick off at 7 p.m. at Cougar Stadium in Luverne.