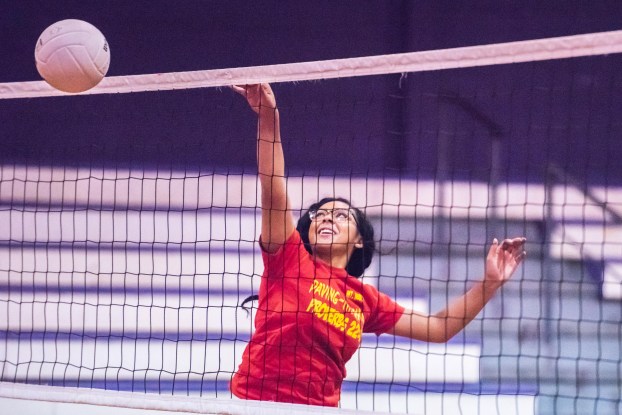 The Pike County Bulldogs volleyball team will begin play in just one week and the players have their sights on a double-digit win season.

The Bulldogs spent the last few seasons in a tough area that featured both Providence Christian and Houston Academy. Now in an area that features Opp and Straughn, head coach Todd Reynolds believes there is no reason that the Bulldogs can’t accumulate double-digit wins.

“This is a much more competitive area with Straughn and Opp,” Reynolds said. “We are no longer in the killer area with Providence and Houston Academy. It’s a realistic goal with our new area and our schedule that we can push for double-digit wins and battle for the playoffs. That is not out of reach; that is a very realistic goal.”

“I have four seniors returning, so I lost a lot,” Reynolds said. “I had some transfers and two seniors graduate. It will be interesting to see how well they come together.”

Building chemistry has been the goal for Reynolds and the Bulldogs throughout the early days of practice.

“Most of it has been working on chemistry and getting our unit in sync,” Reynolds said. “That was our primary mission over the summer.”

Reynolds believes that chemistry could go a long way in determining if the Bulldogs can accomplish their goals.

“The main job is chemistry and you always want your seniors to step up,” Reynolds said.

Reynolds also wants to see his players put more velocity on their shots.

“Put velocity on our kill shots instead of having a safe hit, we have to learn how to really put something on that kill shot to get a successful point,” Reynolds said. “Our serving looks pretty good and I think we will have better net play, but really we need to put something on our kills.”

The Bulldogs will begin the season on August 28 when they travel to Elba. Getting off to a good start is always important to a head coach, Reynolds also said he would like to see his team peak during area play.

“Of course I would love to have them (wins), but I just got done giving them a speech about playing your best volleyball when you get to area play,” Reynolds said. “Mid-September we really need to be clicking on all cylinders”

The Bulldogs will have their first home match on September 4.

“It should make for an exciting year,” Reynolds said. “I am looking forward to it.”

Branson takes over at CHHS

There will be a new head coach patrolling the Charles Henderson sideline this upcoming basketball season. Doug Branson will be... read more