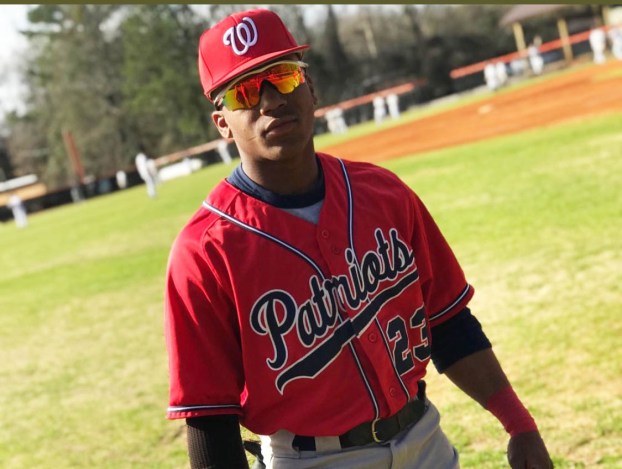 Former Charles Henderson High School Trojan Jabronski Williams is on the verge of signing his next baseball scholarship.

Shortly after completing his high school career with the Trojans, Williams signed with Wallace Community College in Selma. After a very productive year at the plate, Williams is currently fielding offers from Grambling University, Alabama State and Jackson State.

In his first year with the Patriots, Williams led the team in home runs, slugging percentage and runs-batted-in.

Before signing with Wallace, Williams signed a football scholarship with Faulkner. Shortly after signing with the Eagles, Williams decided he wanted to continue to play baseball. It has been a decision that he is glad he made.

“This is exactly what I wanted,” Williams said. “I had the change the heart. I have bettered myself and I feel like I can go further in life with baseball.”

Playing collegiate baseball has its challenges, but Williams seems to have taken it in stride.

“The speed was different,” Williams said. “Everything was different. It’s very competitive. Guys throw harder and they throw smarter. You have to outsmart the pitcher because he is trying to get you out every time. I try to hit the ball to the opposite field because a lot of guys, if they know you are a good inside hitter, they are going to paint the ball outside. It was a different step.”

Williams will return to Wallace-Selma to play another year of baseball and earn his degree. On the field, Williams has some lofty goals.

“I want to be up one of the top players in the country in batting average,” Williams said. “I know I can do it. I have been working really hard this summer on being more consistent.”

Williams hasn’t put a timetable on when he will make his decision, but he admits playing close to home at Alabama State is a big draw.

“Alabama State is right up the road,” Williams said. “I get to come home and play Troy. I will be that kid from right down the road. I know where I want to go and who I want to get interest from. I am going to wait and see who wants me. I like the idea of being a hometown kid. It’s close to home and I could have a lot of family come watch me play. I like that program a lot.”

“Pack your patience” because heavy traffic is expected throughout this holiday week, peaking on Tuesday, according to Clay Ingram, spokesperson... read more