Davenport to play for for Team USA 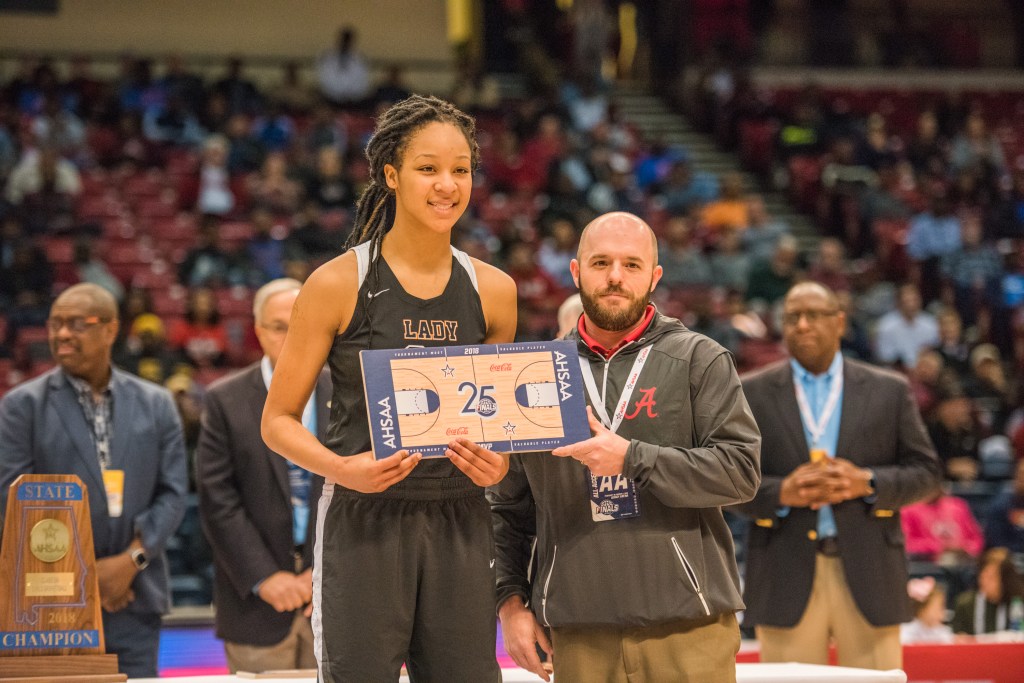 Charles Henderson High School standout Maori Davenport has been selected to play for the 2018 USA Basketball Women’s U18 National Team.

Davenport will compete on the team in the 2018 FIBA Americas U18 Championship from August 1-7 in Mexico City, Mexico.

“I am very excited,” said Davenport. “It means a lot because it shows no matter who you are or where you are from, if you want to be great you can be great.”

Davenport has dreamed of one day representing not only her town, but her country as well.

“I used to dream about this,” Davenport said. “I never knew it could happen, but now it has.”

In her junior season at Charles Henderson, Davenport averaged 18.2 points, 12 rebounds, 5.1 blocks and 1.7 assists to help lead the Trojans to their first-ever state championship.

Those numbers warranted Davenport a tryout; now a few weeks later, this selection qualifies her as one of the top 18U players in the country.

“It’s a blessing to be one of the best under 18 in the United States,” Davenport said.

The atmosphere during tryouts alone was a new experience – now she will be able to do it in another country.

“It’s very exciting,” Davenports said. “The atmosphere at the tryouts was hard because everyone wanted to make the team. They were looking for the best of the best.”

Davenport will return to Colorado Springs for training camp on July 20. The USA U18 team will try to win their ninth-straight gold medal and qualify for next summer’s 2019 FIBA U19 World Cup, which will be awarded to the top four finishers.

The USA women’s teams have a record of 53-2 in U18/Junior qualifiers.

Davenport will be coached by Louisville head coach Jeff Walz.