Moving on up: Avant has dream come true after being drafted by the Mets 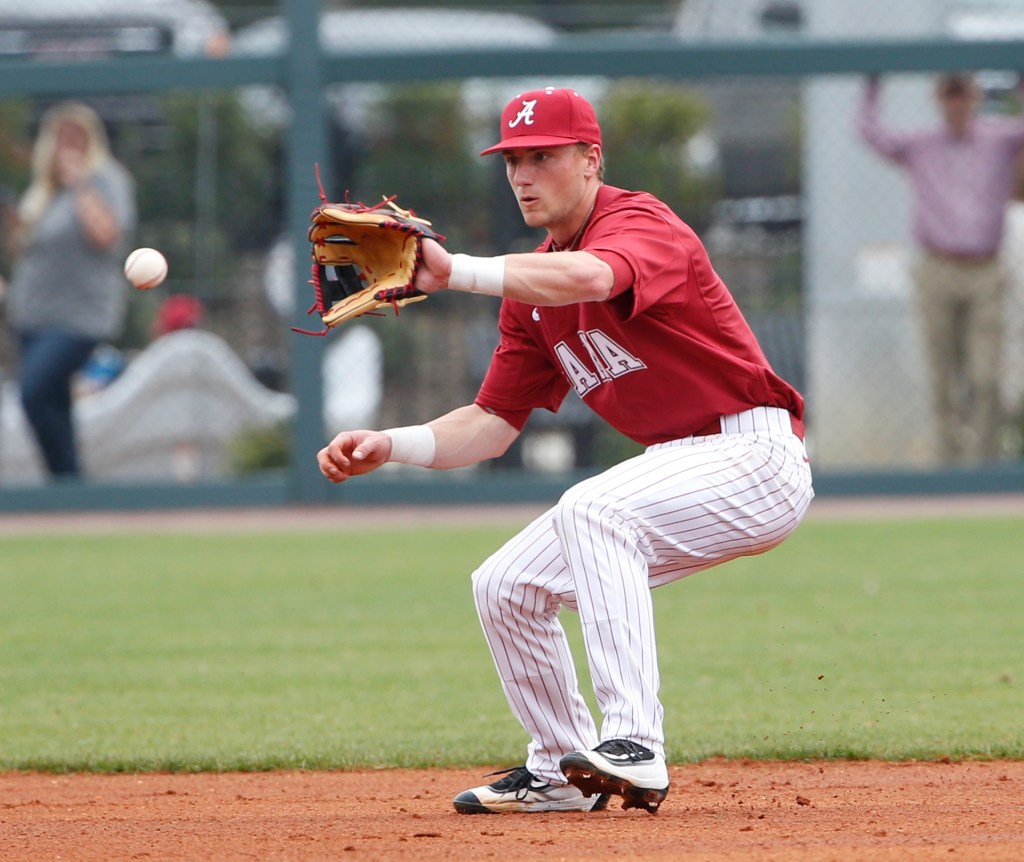 Chandler Avant gets ready to field the ball for the Alabama Crimson Tide this season. Avant was drafted in the 30th round of the Major League Baseball First-Year Player Draft by the New York Mets on Wednesday afternoon.

Former Pike Liberal Arts standout Chandler Avant had a dream of a lifetime come true on Wednesday afternoon when he was selected by the New York Mets in the Major League Baseball draft.

After playing for the Patriots, Avant played his collegiate ball with the University of Alabama. On Wednesday, he heard his name called in the 10th round by the Mets.

“It was a very exciting moment,” Avant said. “Getting the opportunity to continue playing and becoming a pro is just like a dream coming true. I still have chill bumps all over. It’s a huge honor and I am thankful for the New York Mets for letting me play in their program and organization.”

Avant learned the news surrounded by friends and loved ones. It was a moment that took a few minutes to process.

“I was around my family and it was great,” Avant said. “I got the call and they told me. Right after that I was blown away with it at first. I couldn’t really put it all together. It’s just a great feeling. About 30 minutes later I was able to slow down a little bit.”

In his time with Alabama, Avant collected 230 hits and 100 RBI. He scored a total of 128 runs and he ranked eighth all-time in doubles with 53 during his four seasons.

Avant finished his senior season with the Patriots with a .505 batting average with 10 home runs and 36 RBI. Avant credits his success to all his coaches including former Patriot head coach Butch Austin.

“He was a great influence on me,” Avant said. “He helped me in so many ways, with my game and in so many ways becoming a man. I will always be grateful for what he has done for me.”

Avant had to handle two different coaching changes throughout his career at Alabama, but each coach helped shape his career.

“All of them helped me in different ways that helped me better my game,” Austin said. “I’m greatly appreciative of that. It’s been a long journey with high school and then four years of college.”

With school now over, Avant has the opportunity to focus on the game he loves.

“You kind of realize that you don’t have school with baseball,” Avant said. “You just get to play baseball. I am very excited about that. You can focus just on baseball.”

After injuring his ankle during his sophomore season, Avant missed the remainder of the year. Avant returned for his junior season and started 54 games and closed out the season with a .286 average. He finished that season tied for 11th in the Southeastern Conference in doubles with 15, while leading his team in that category. Avant led his team in hits with 60.

“At first, I thought this is tough and this is a setback,” Avant said after the injury. “I wasn’t sure how I would come back. It made me mature more. I really have to thank our trainer Joe Hoffer. He kept pushing me. That is really what helped me become a better a person. It humbles you in a way. I couldn’t even walk to start with. It humbles you in a way and then it makes you more mature.”

Avant will head down to Florida today for a physical and participate in a workout with the team. He then will go to either Brooklyn, New York or Kingsport, Tennessee.

“I will know more when I get down to south Florida when I get to talk with them more,” Avant said.