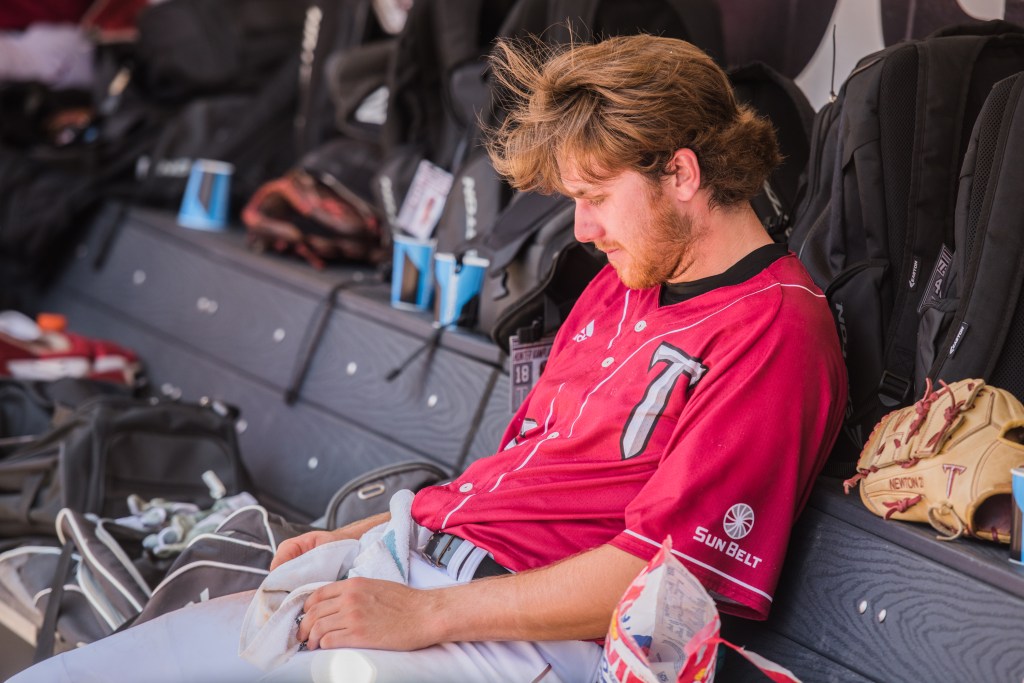 The Troy Trojans fell to the Georgia Bulldogs 11-7 on Sunday afternoon. They will play Duke this evening beginning at 5.

The Troy Trojans found out just how potent the Georgia offense can be in a 11-7 loss to the Bulldogs to send them to the loser’s bracket.

“Credit Georgia, they whipped us today,” said head coach Mark Smartt. “We didn’t play our best game. In this game and you’re playing the host team in a 1-0 game, you have to play your best. It’s unfortunate that we didn’t do that today. We didn’t field well enough and we didn’t pitch good enough after the sixth inning.”

“I thought the park played small and I thought that affected the game on both sides,” Smartt said. “I am not taking anything away from anybody. None of them were cheap. They weren’t pop ups; I am not suggesting that at all. It’s a hitter-friendly atmosphere and certainly didn’t make enough quality pitches to keep them in the ball park.

The Trojans showed off power of their own. There was a total of seven home runs in the game. The Trojans had three. With the Trojans trailing 1-0, Brandon Lockridge cleared the wall to even the score at one. Lockridge hit two in the contest and Drew Frederic offered the other one.

The Trojans went into the bottom of the third inning trailing 3-1 after McGovern’s second home run cleared the batter’s eye in center. The Trojans jumped on the Bulldogs for four runs to take a 5-3 lead. Frederic began the scoring with his home run to left to drive in Matt Sanders to even the score at 3. The Trojans took their first lead of the game when Denison scored on a wild pitch. The Trojans pushed their lead a little further when Lockridge scored on sacrifice fly.

Lockridge hit his second home run of the game in the fifth to give Troy their biggest lead at 6-3.

McGovern and Curry hit back-to-back home runs to pull the Bulldogs to within one in the sixth.

The Bulldogs stretched their lead out with three runs in the second, two runs in the eighth and their final run in the ninth.

“I thought Levi Thomas was really good today,” Smartt said. “Freshman in this environment. He had a couple hiccups with two outs. He hit a batter with two outs and McGovern hit a home run.”

The Trojans will be back in action this evening at 5 p.m. when they take on Duke in an elimination game. 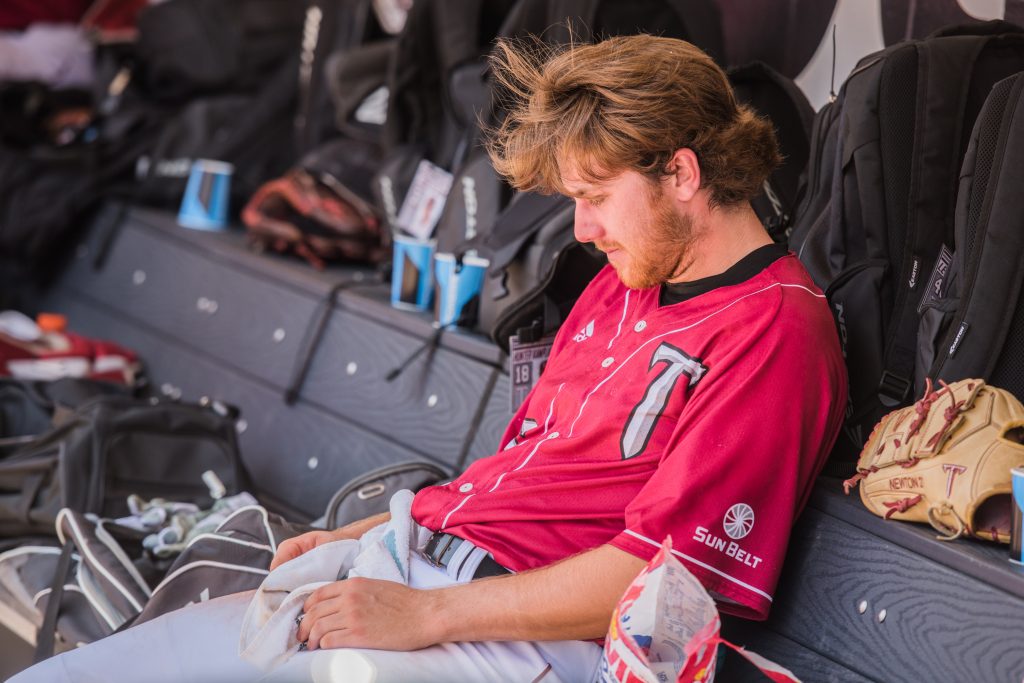 The Troy Trojans fell to the Georgia Bulldogs 11-7 on Sunday afternoon. They will play Duke this evening beginning at 5.