End of the road: Trojans fall to Duke bringing their season to an end 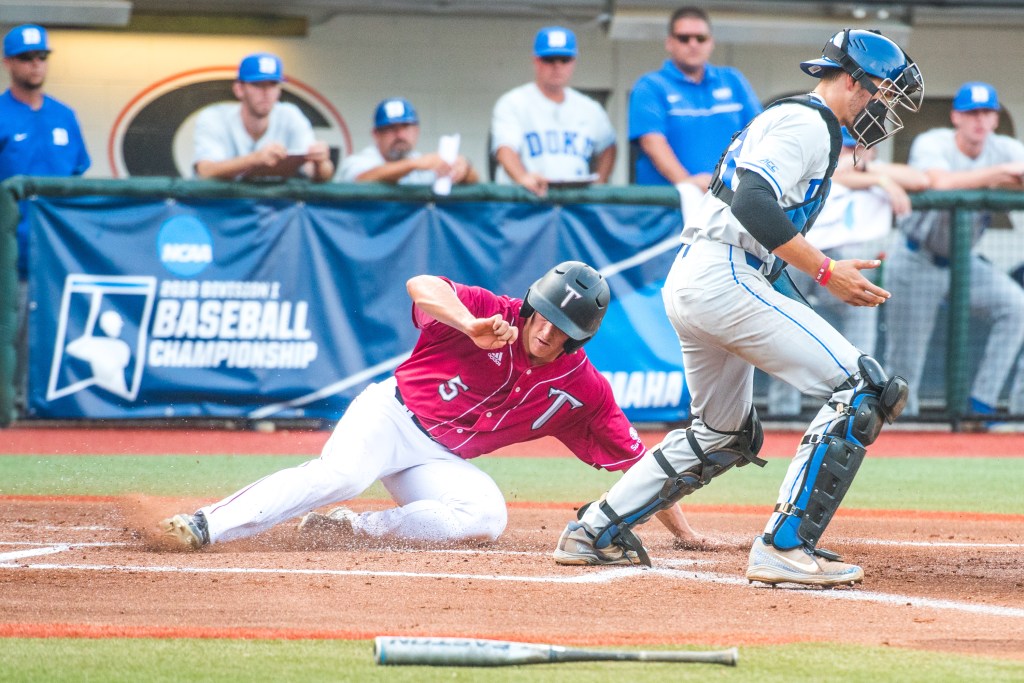 Troy’s run at a potential regional championship came to a close on Sunday evening when they fell to the Duke Blue Devils 15-6 in Athens.

“Not much to brag about with that game,” said head coach Mark Smartt. “We got off to a good start. It got away from us.”

The Trojans jumped out to a blistering 4-0 lead over the Blue Devils in the first inning. The Trojans sent nine batters to the plate and got a two-run single by Denison, a sacrifice fly by Rigsby Mosley and an RBI single by Chase Smartt.

Trojan starting pitcher Darren Osby had a clean first inning, but ran into trouble in the second. The Blue Devils scored three runs, two of which came on a two-run home run by Chris Crabtree to cut the Trojans lead to one at 4-3.

The Trojans got one run back in the second on an RBI single by Mosley.

Osby did not return in the third for Troy due to an undisclosed injury.

“We had an injury on the mound,” Smartt said. “Darren had to leave the game early.”

The Trojans used a total of three different pitchers in an inning the Blue Devils scored four runs in to take a 7-5 lead.

The Trojans hit three home runs in game one Sunday. In the fourth, Frederic hit his second of the day to bring the Trojans back to within one at 7-6.

The Trojans never mounted another attack. In the sixth, Duke got the run back on a home run by Chris Crabtree’s second home run. Crabtree made his first start of the season on Sunday night. The home run gave the Blue Devils an 8-6 lead. Duke added three more runs in the seventh off Zack Lightsey, Rush Hixon and Lance Johnson to give the Blue Devils a comfortable lead at 11-6. Two of Duke’s runs came on Crabtree’s second home run of the game. Crabtree in his debut went 4-4 with two home runs and a walk.

The Trojans finished the game with 10 hits. Frederic, Denison and Brandon Lockridge all had two hits for the Trojans.

The loss for the Trojans ends their season with a 42-21 record.

Duke will take on Georgia in the region championship beginning at noon.