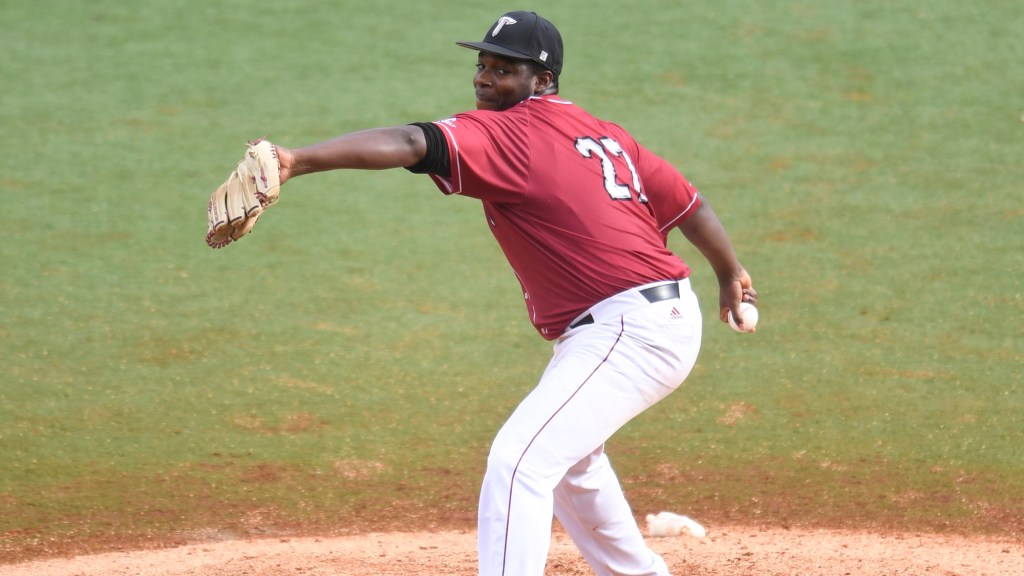 The Troy Trojans are heading to the NCAA Tournament for the first time since 2013.

The Trojans finished the regular season and conference tournament with an overall record of 41-19 and on Monday it was announced they will be heading to the Athens as a three seed.

The Trojans will join top-seeded Georgia, No. 2 Duke and No. 4 Campbell.

“It’s something to be proud of,” said head coach Mark Smartt. “I thought our body of work was strong. You never quite know when there is a committee involved. It appears we were in the last line of teams to get in.”

The Trojans finished the season winning 9 out of their last 11 games and finished in conference championship game against Coastal Carolina.

The Trojans finished the season ranked 37 in RPI and were able to hold off teams like Illinois and Kentucky who just came up short.

“I think our team has proven they belong in this tournament,” Smartt said. “We finished second in a really good league behind Coastal Carolina. We played awfully well down the stretch. With the type of ball club we have had, I felt like we were a regional-caliber team; now we have to go prove we belong in the tournament.”

This will be the seventh regional appearance for the Trojans and their first in Athens.

“We certainly look forward to being in Athens and being involved in the Athens Regional,” Smartt said.

The second place finish in one of the tougher conferences in the country played a big factor in Troy’s inclusion in the tournament according to Smartt.

Heading into the tournament the Trojans were among the last four teams to make the tourney in many predictions. Smartt believed his team needed to make it to Sunday to feel comfortable.

“When we loaded the bus to go to Lafayette for the tournament, I felt like in my process that we had to get to Sunday,” Smartt said. “I thought if we got to Sunday, I thought it would bode well for our at-large opportunity. Had we not gotten to Sunday, I think now maybe that may have been a potential reason not to put our team in the field.”

During their 9-2 finish, the Trojans have averaged 7 runs per game while holding their opponents to just under three runs per game. The Trojans finished the season with a team ERA of .360.

“I think we are good enough to beat teams that we will compete with,” Smartt said. “We have an older team and we are experienced. We played 60 games and we have been in every single game. I told my kids that I have never coach or played for a team that had a chance to win every game. We never got blown out of a game. I think that bodes well in tournament play.”

The Trojans will draw Duke in the regional opener on Friday afternoon and Georgia and Campbell will close out the evening in the one, four matchup.

“I know very little about any of the three teams,” Smartt said. “We don’t typically compete against those type teams. I actually watched Campbell in the Big South Championship game on TV in a rain delay. At least I know someone’s name on the team. I have seen Georgia play a little bit; I have not seen anything with Duke. We will do our very best over the next three days to get prepared.”

The Trojans and Blue Devils will begin play at 1 p.m. (CT) on Friday.