CHHS welcomes the state’s best for 7-on-7 tournament 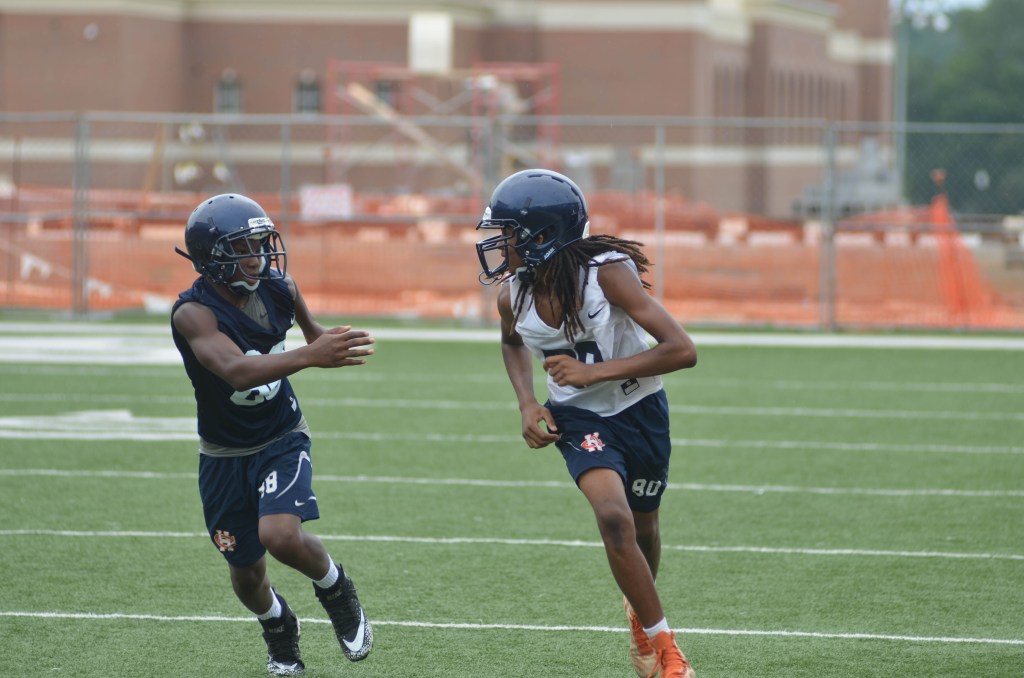 Messenger Photo/Mike Hensley The Charles Henderson Trojans will host the Wiregrass 7-on-7 tournament on June 28 at Veterans Memorial Stadium.

It will be a loaded field when Charles Henderson hosts the annual Wiregrass 7-on-7 tournament in late June.

A total of 20 teams from around the state will participate in the one-day tournament.

“This thing has grown,” said Charles Henderson head coach Brad McCoy. “We are expecting the biggest lineup that we have had yet to go along with the Spring Classic we had last week. We have 20 schools coming on June 28. We are excited; we have guys coming from Mobile, Prattville, Montgomery and surrounding counties south of Birmingham.”

In addition to playing the games, all the participants will be able to listen to a devotion from the Fellowship of Christian Athletes.

“The platform that we have as coaches is really immense,” McCoy said. “It’s a large platform and we deal with young people every day of our lives. If we have this platform, we need to not only use it for football coaching, but also to lead and direct these people the right way. What better way to lead them to Jesus Christ and put them in that atmosphere?”

Pool play will begin at 9 a.m. on June 28. At the end of the tournament, the winner will receive a championship plaque and three GST game footballs. Each participant will receive a Dri-fit shirt and there will also be a lunch.