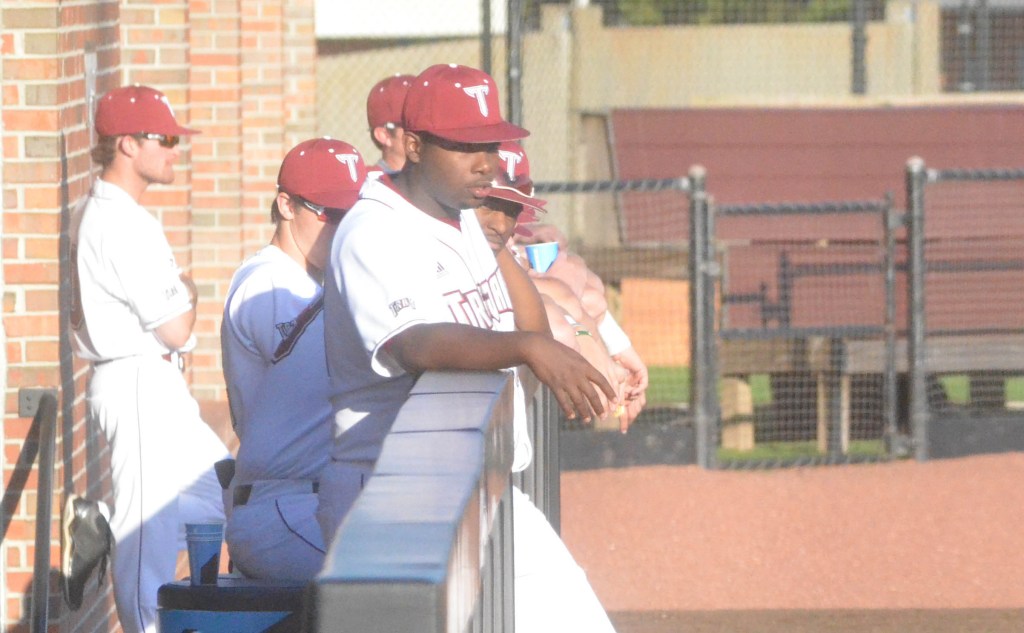 Messenger Photo/Mike hensley The Troy Trojans began play in the Sun Belt Conference Tournament with a 5-1 win over Texas State on Wednesday afternoon.

The Troy Trojans started the 2018 Sun Belt Conference Tournament with a 5-1 win over Texas State on Wednesday night in Lafayette, Louisiana.

Levi Thomas got the start for the Trojans. The freshman pitched 5.2 innings and allowed one earned run on six hits. He struck out seven batters.

The Trojans fell behind early on Wednesday evening. The Bobcats scored a run off Thomas in the top half the second inning. Jaylen Hubbard led off the inning with a single and came around to score on a single by Jared Huber that deflected of Thomas’ glove.

The Trojans picked up just three hits over the first four innings. In the fifth they got on the scoreboard. Matt Sanders picked up a single to right field with two outs. He came around to score the tying run on a double by Drew Frederic.

Thomas got into a bit of trouble in the sixth inning when he loaded the bases with two outs. Head coach Mark Smartt elected to go with CJ Carter out of the bullpen. Carter picked up a groundball out to get out of the inning.

Cole Prestegard broke the 1-1 tie when he cleared the wall in left field for his fifth home run of the season to give the Trojans a 2-1 lead after 7.

Carter in his second full inning of work in the eighth had the potential game tying and leading runs on base with one out. After walking the bases loaded with two outs in the inning, Carter got out of the inning with a fly out to center.

The Trojans picked up a few insurance runs in the third inning when they scored three runs.

The Trojans had an RBI triple by Sadler Goodwin and an RBI single by Rigsby Mosley.

The Trojans finished the contest with 10 hits led by Matt Sanders and Joey Denison who both finished 2-4.

The Trojans advance to take on the winner of Louisiana and Little Rock beginning tonight at 7:30.