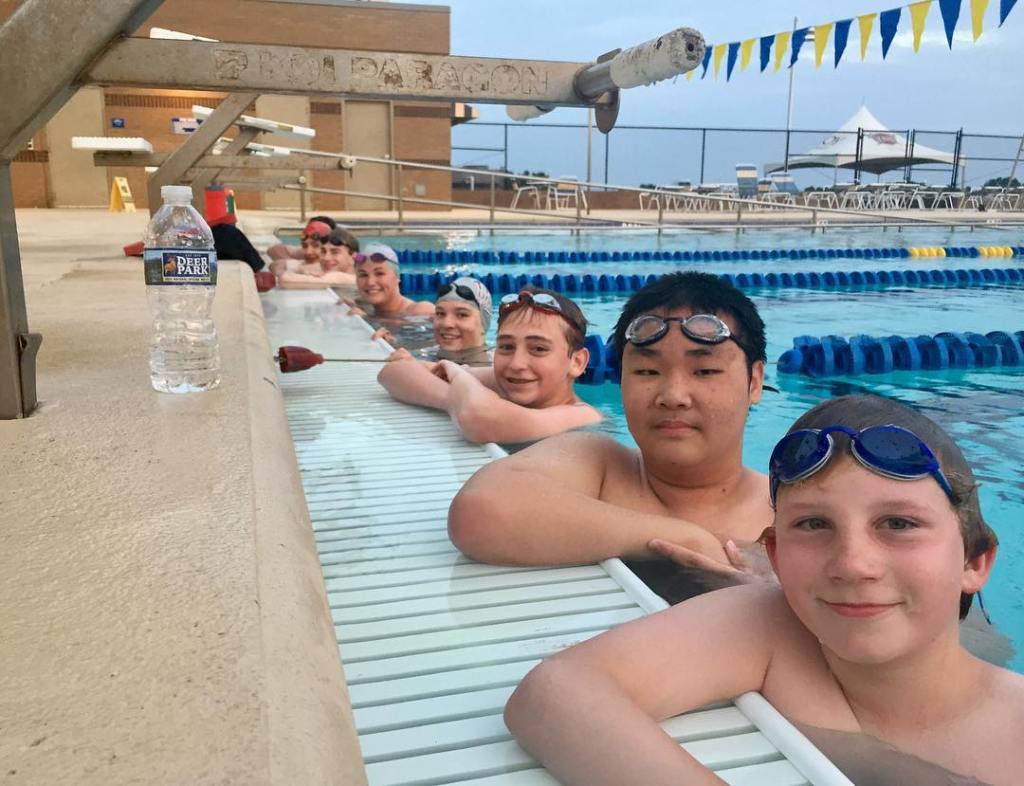 Submitted Photo The Troy Tiger Sharks have started practicing for the upcoming swim season at the Troy Recreation Center.

As temperatures continue to climb, the Troy Tiger Sharks have hit the pool for their 2018 swim season.

Despite the recent weather, the Tiger Sharks have been in the pool practicing and head coach Nicklaus Chrysson has liked what he has seen from his squad.

“We just started last week, but it’s been raining so we have had to cancel a couple of times,” Chrysson said. “We have a lot of kids from last year; a lot of people coming back to swim again. We also have a lot of new people. We are excited to teach them.”

The Tiger Sharks will feature nearly 50 swimmers for the second consecutive summer. Many of the swimmers on the roster on returners from last year.

“We like to see faces from years past because it says to us that not only have they enjoyed our coaching, but the sport itself,” Chrysson said. “They want to grow and get better at it.”

The Tiger Sharks will be broken down into four age groups this summer. Elizabeth McKenzie will coach the eight and under group, Maddison Brown will lead the 9 and 10-year olds, Jennifer Jordan will head up the 11 and 12-year olds and Chrysson will coach the 13 to 18 groups.

The district swim meet will be in Dothan this summer on July 14. They will close out the summer at the state swim meet at the end of July in Birmingham.

The swim team averaged 20-25 kids on the roster. Now with over 40 on the team this year, Chrysson is excited to see the sport continuing to grow in Troy.

“We are glad the sport is growing,” Chrysson said. “More people are hearing about swimming and wanting to try it out. Most of the ones that try out return the next year.”

“A lot of the kids that swam in the summer time decided they wanted to do a year-round swim team,” Chrysson said. “A lot of them swim during the school year and that is harder competition. We train them harder than we do in the summer time, but we also go to bigger meets like in Auburn and Pensacola.”

The belief and the hope is that the swimmers that swim all year will continue to know the proper mechanics of the sport.

“We swim and we train and they are not out eight months losing everything they just gained,” Chrysson said.X