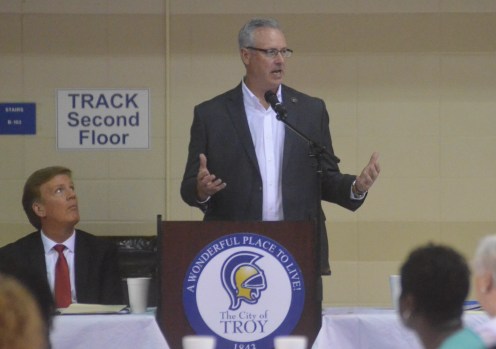 The feature speaker at the ceremony was Mike Lutzenkirchen 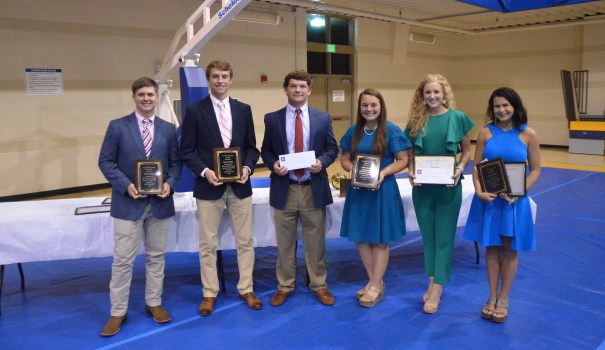 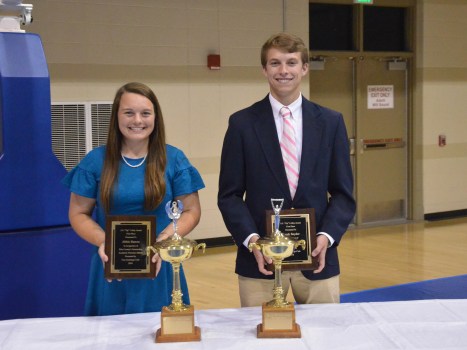 A total of 25 senior student-athletes from across Pike County were nominated for the prestigious J.O. “Tip” Colley Scholarship on Monday night at the Troy Recreation Center.

The award recognizes student-athletes who excelled in their walk of faith, academics, athletics and community service.

“It’s really exciting that I won this great award,” Snyder said. “To be set aside for my faith and academic ability, it’s an honor. I am thankful that God allowed me to do stuff like this in my life.”

“It’s really an honor,” Barron said. “I see the winners from years past seeing what quality people they were and it humbles me. I am proud to stand among those people that I have seen before me that are such great people.”

The “Voice of the Trojans” Barry McKnight was the Master of Ceremonies and the featured speaker was Mike Lutzenkirchen, the father of the late Auburn football player Phillip Lutzenkirchen.

“Leaving a mark on your community is probably one of the best things you can do,” Snyder said. “The other day we went to the elementary school and these kids knew who I was and I have never seen them before. You leave a mark on people even when you don’t know it.”

“It’s so important,” Barron said. “Without faith, the classroom doesn’t matter and the field doesn’t matter. That’s what it’s about.”

Barron is planning on attending Auburn University in the fall. She hopes to not only show her faith, but to also be there for others.

“I hope to display my faith and my availability,” Barron said. “Just be there for people.”

Snyder will head to Faulkner University where he will play football. He plans to be there for his team both on and off the field.

“I want to be able to give my teammates and coaches all my effort and do the best that I can,” Snyder said. “I want to help them be the best they can be.”