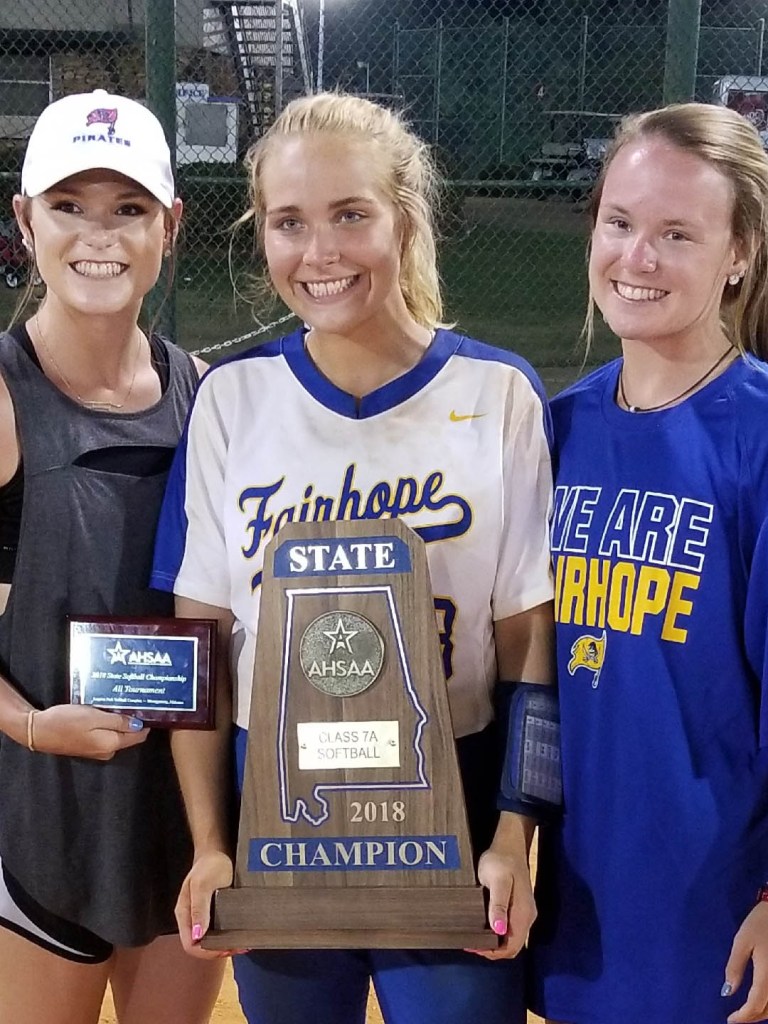 Yarbrough played with the Patriots all the way through her sophomore season. On Thursday, Yarbrough and the Pirates knocked off top-rated Spain Park to claim the 7A State Championship at Lagoon Park in Montgomery.

“I am kind of in awe,” Yarbrough said. “I have been to state every year I played high school ball and every year I have gotten either third or fourth place. Never could advance to the championship game. It meant so much because we worked our butts off last year, but we just couldn’t do it. This year we worked even harder and we didn’t just come in second we beat the number one team in the state.”

The Pirates dropped the first game of the state tournament for the second consecutive season when they lost to Prattville. The Pirates were forced to win five straight games to claim the championship. They did just that.

“I was kind of down about it because I was like oh no it was going to be like last year,” Yarbrough said. “Last year we got down on ourselves. This year after losing the first game something changed in all of our mindsets.”

Yarbrough was an instant standout while with Patriots. In her final season in Troy, Yarbrough hit .400, she hit 15 homeruns and drove in 50 RBI. She was named the Troy Messenger’s All-Area Player of the Year.

Yarbrough’s success has continued to grow the last two seasons and although the two classifications are different, she credits her days in the AISA for her current success.

“Coach Rollan had such an impact on my life, my character and as a softball player,” Yarbrough said. “He even showed up to my games this weekend. I love batting for him. Every time I went up to bat I would look at him. I guess he is my good luck charm because last year he went to my state games and I hit a homerun. This year I was in a slump and he came to our second game and I hit a homerun.”

Yarbrough finished her senior season with a .431 batting average with 10 home runs and 43 RBI. Her 10 homeruns give her 42 in the last three years. Yarbrough as a pitcher went 13-4 and recorded 124 strikeouts.

Yarbrough will begin taking class at South Alabama this summer and she will begin playing softball for the Jaguars next season.

“I am so excited,” Yarbrough said. “I am going to start summer classes, get ahead and get used to it. That means I can work with the weight lifting coach and follow the coaches up there so I can get in shape and get ready. I am so excited. I have been dreaming of this my entire life.”

Yarbrough and the Jaguars will play the Troy Trojans on an annual basis and when the Jaguars make the trip to Troy she has a clear objective.

“It’s going to be fun, but I am a Jaguar now and those Trojans are going down,” Yarbrough said.