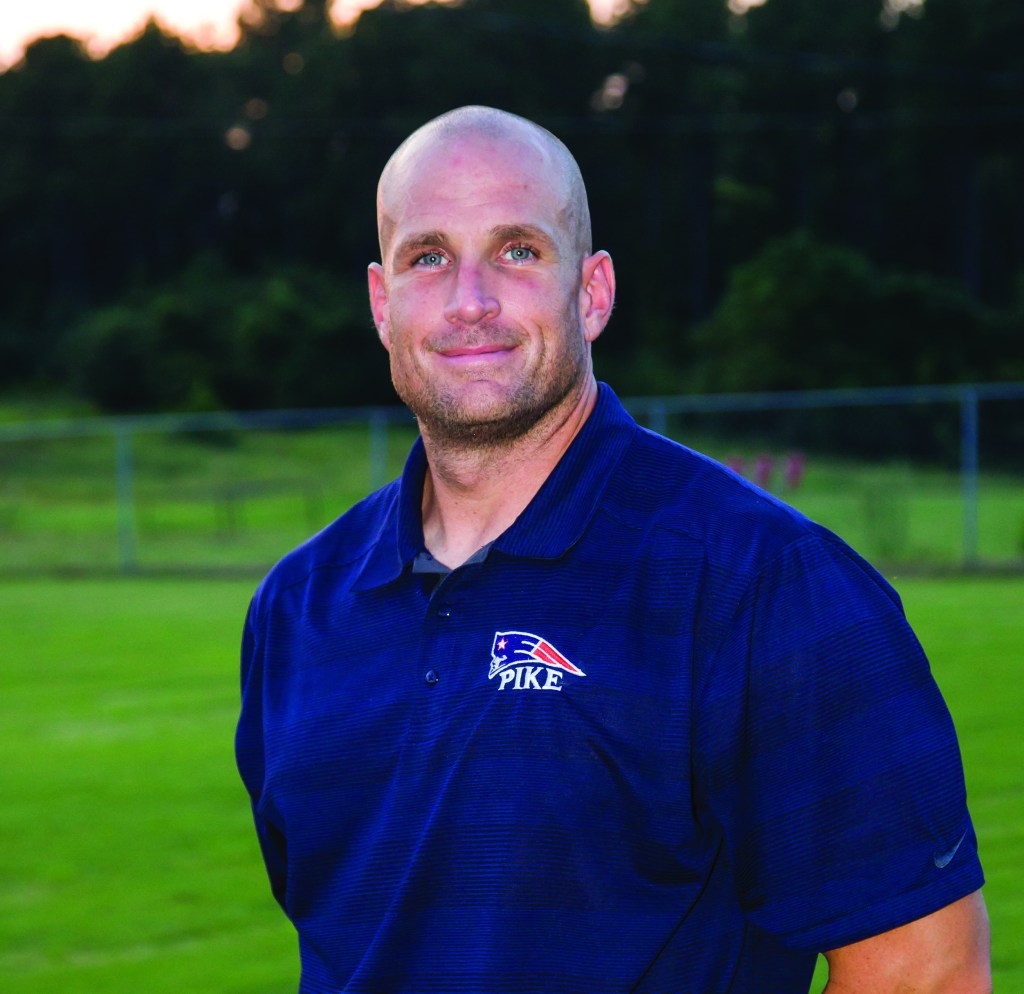 Pike Patriot head coach Allen Ponder entered the Auburn University at Montgomery Hall of Fame at a ceremony on Saturday. While at AUM, Ponder found success at the plate and on the mound.

After leading his team to a state championship last Wednesday in Montgomery, Pike Liberal Arts head coach Allen had more reasons to celebrate this weekend when he returned to Montgomery to be inducted in the Auburn University-Montgomery Hall of Fame.

It’s pretty exciting,” Ponder said. “It’s an honor to be honored for playing a game. It was a good weekend.”

Ponder, a member of the 2017 hall of fame class, was joined by other inductees at a ceremony on Saturday.

“We had a banquet on Saturday and they had the hall of fame inductions from the class of 2016 and the class from 2017,” Ponder said. “We all got introduced and gave a little speech. For me it was more fun for me seeing guys that I haven’t seen in a long time. Reminiscing about old times; it was a lot of fun.”

Ponder was a member of the then-Senators from 2007-2008. He led AUM to a pair of Region XIII Tournament appearances, a Southern State Athletic Conference regular-season championship and a tournament title.

Ponder was a First-Team All-SSAC performer both years in Montgomery. He also earned all-region honors.

Ponder finished his career with AUM with a .363 batting average, 31 home runs, and 133 runs batted in. At the time of his induction, Ponder’s 31 homeruns was third most in program history. His RBIs ranked fourth and his doubles ranked fifth.

“I had a great time playing with that team,” Ponder said. “We had two very competitive teams. We lost both years in the game to go to the World Series. My memories are mostly all about my teammates. We were a close-knit group both years.”

Ponder played under fellow hall of famer Q.V. Lowe, a coach that Ponder had the upmost respect for.

“We played for coach Lowe and coach (Marty) Lovrich,” Ponder said. “We would do anything in the world for them (coaches). Just because of the type of guys that they are.”

Many of his teammates have moved on to other players, but Ponder still makes an effort to stay involved with his former team.

“I am still involved with the program,” Ponder said. “I try to go over and catch a few games a year. Coach Lowe has retired, but I try and go see coach Lowe every now and then. I still stay close with the program.”