Ariton bows out of tournament 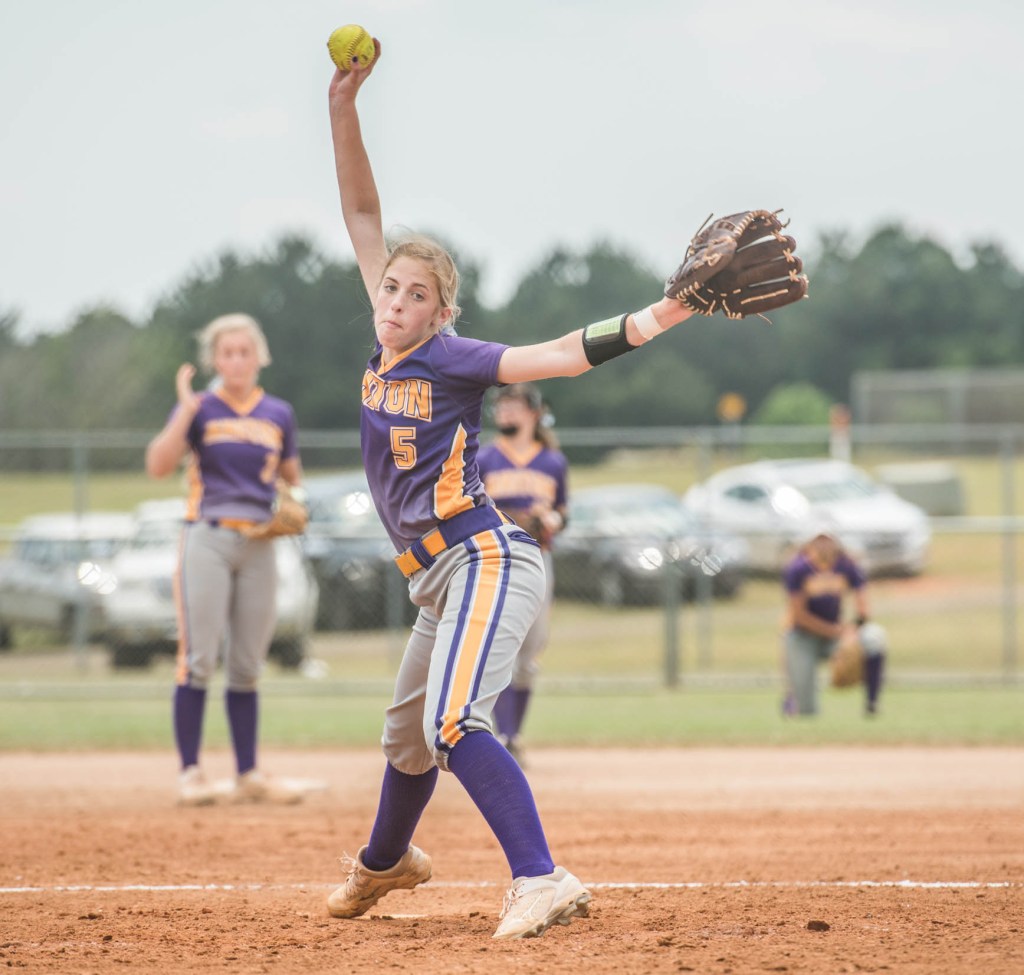 Messenger Photo/jonah enfinger After winning the opening game of the South Central Region Tournament, the Ariton Purple Cats dropped the next two to finish the tournament with a 1-2 overall record.

The season came to a close for the Ariton Purple Cats on Friday morning when they fell to Horseshoe Bend 6-2 at the Troy Sportsplex.

The Purple Cats finished the tournament with a 1-2 record.

Ariton entered the sixth inning trailing 4-0. They attempted to climb back in the game in the sixth when they scored three runs to cut their deficit to one. The Eagles had a two-run single by Carroll, who later came around to score on an error.

That was as close as the Purple Cats would get to the lead as Horseshoe Bend added two more runs in the bottom of the sixth to put the game away.

The Rebels became the first team of the tournament to take home a championship when they knocked off Reeltown 2-0 on Friday afternoon.

The Rebels only picked up three hits by Emmaline Hughes, Savanna Wood and Mary Phillips.

Other teams that claimed championships on Friday were Sumiton Christian (1A), Moody (5A) and Hillcrest-Tuscaloosa.