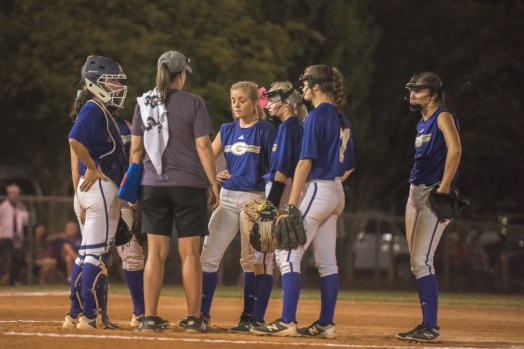 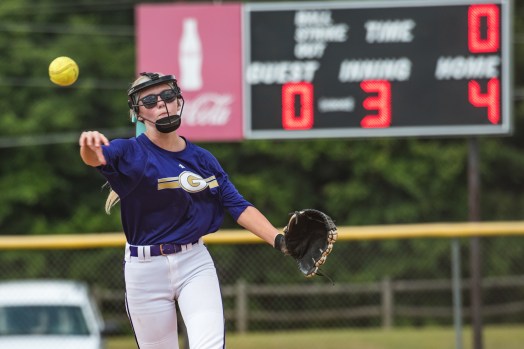 Photo/Jonah Enfinger Hannah Calhoun fires a throw towards first base, 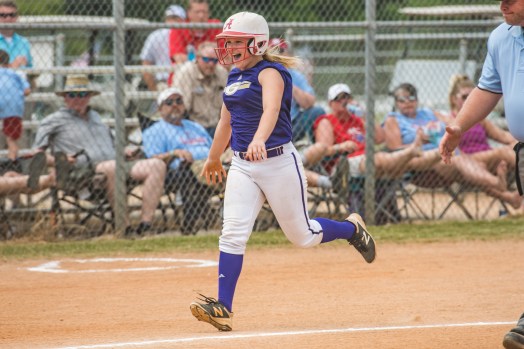 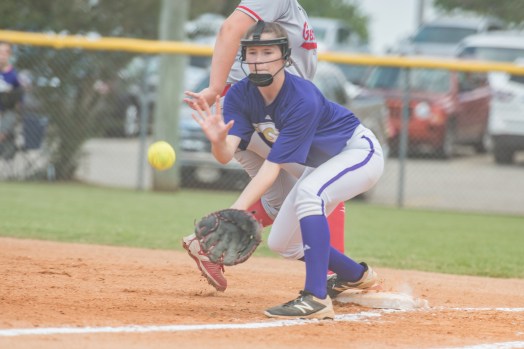 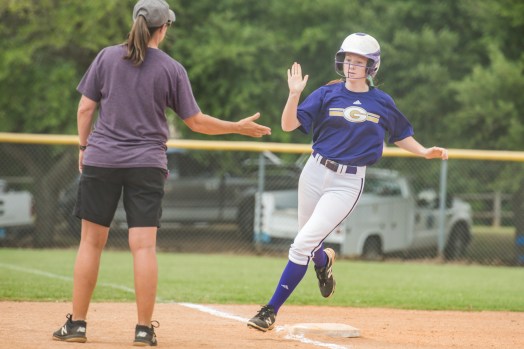 The Goshen Eagles began play in the Class 2A South Central Regional Tournament at the Sportsplex on Thursday afternoon.

The Eagles finished the day with a 1-1 record after defeating Horseshoe Bend and falling to G.W. Long.

The Eagles took game one comfortably 9-4 sending the Eagles to the winner’s bracket.

“I thought we hit the ball well,” said head coach Amy Warrick. “I thought overall we came out and played aggressive. That’s what we wanted to do, come out and hit the ball.”

Junior Brooke Bennett got the start for the Eagles in game one. The Junior pitched all seven innings. She allowed four hits, six walks and struck out four.

It was a power surge for the Eagles in game one. The Eagles hit a total of three homeruns, two of which came off the bat of Kate Warrick.

Kate Warrick belted her first homerun to right center to put the Eagles up 1-0 after the first inning.

The power continued for the Eagles in the second, Madison Campbell cleared the fence in center for the Goshen’s second solo homerun of the game to put the Eagles up 2-0. Hannah Calhoun picked up her first hit of the game with a single to left to drive in both Megan Tillery and Shea Sheppard to increase Goshen’s lead to 4-0.

Warrick hit the Eagles third homerun in as many innings in the bottom of the third inning when she cleared the fence nearly in the same spot as her first. Campbell picked up her second RBI of the game when she singled in Bennett to put the Eagles up 6-0 heading to the fourth.

Horseshoe Bend scored a run in the fourth inning, but Goshen answered with two more runs in the bottom half of the inning on two singles by Bennett and Lexi McLendon to stretch Goshen’s lead to 8-1.

Calhoun scored on an error in the sixth for Goshen’s final run of the game. Horseshoe Bend attempted to come back in the seventh when they scored three runs on hit and three walks, but Bennett slammed the door sending the Eagles to the winners bracket.

Hannah Calhoun got the start for the Eagles in game two. The junior lasted 5.1 innings and allowed nine total runs.

The Eagles fell behind early in game two. G.W. Long jumped on the Eagles for two runs on three hits to go up 2-0.

Dallas Potter hit a mammoth two-run homerun to left center to put the Rebels up 6-0. In all the Rebels scored four runs in the fourth on three hits.

The Rebels added three more runs in the sixth and eight runs in the seventh to break the game wide open at 17-0.

The loss puts the Eagles in the loser’s bracket where they will play Billingsley today at 9 a.m.