Bulldogs welcome in spring with the start of practice 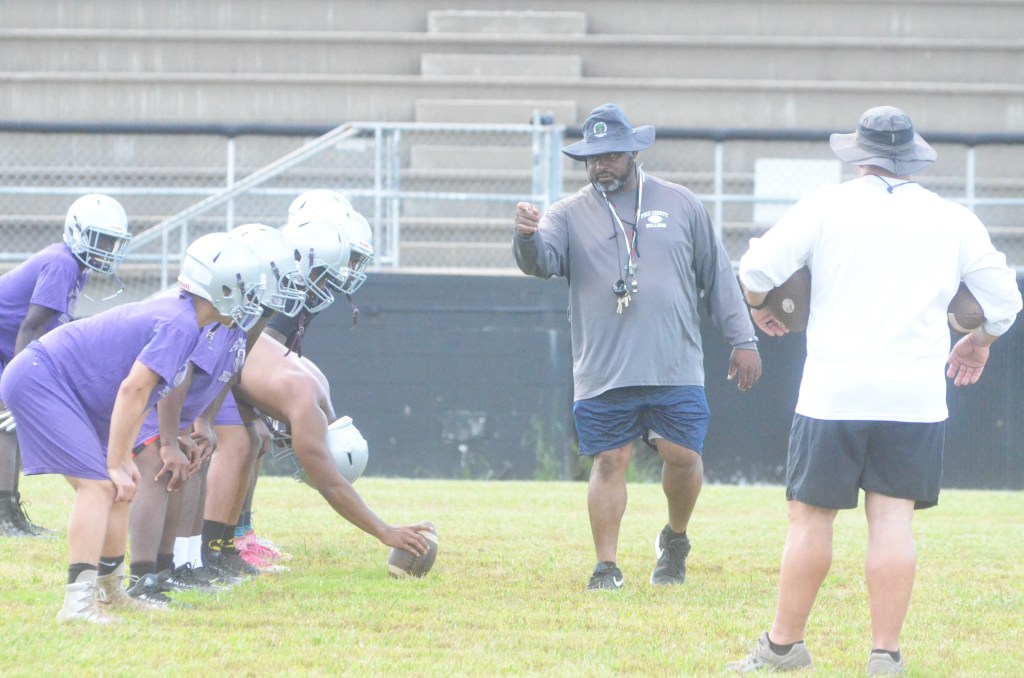 Messenger Photo/Mike Hensley The Pike County Bulldogs began spring practice on Monday afternoon in Brundidge. The Bulldogs will continue practice until next Friday.

The Pike County Bulldogs are back on the football field to partake in spring practice for the next 10 days.

The Bulldogs welcome back a healthy mix of veterans and new players and the spring is used to bring them all of them along.

“We got some young guys that are coming along,” Holland said. “We are just glad to start another spring trying to get ready; this is our first day. The guys look energetic and some of the guys that were out year last year have learned a lot. Some of our new guys are fumbling along, but I think we are alright.”

The Bulldogs began practice shortly after school Monday, but you wouldn’t know it was spring practice with the way head coach Fred Holland ran his practice.

The Bulldogs finished the 2017 season with an 8-2 record. They finished in second place within the region. They fell in the opening round of the state playoffs to Mobile Christian 21-0. This Holland wants his players to continue to have the mindset of improving on a daily basis.

“It’s more of a mindset of getting better each day,” Holland said. “I think the kids understand that. I think a lot of them are eager to learn. We will probably move a lot of them around this year. Hopefully that will work out in a positive way.”

The Bulldogs have similar numbers this year as they did last year. The Bulldogs will have multiple players play both offense and defense this season.

One player that will be back will be quarterback Jaidyn Wilson. Wilson missed a few games last year due to a knee injury, but coach Holland believes he is fully ready this spring.

“This spring will be very positive for him,” Holland said. “He doesn’t have injuries. He is just coming off track so he has been doing a lot of running. I think (Jaidyn) has been very positive. He wants to get better. He missed some time last year, but this year he is taking the proper steps to try and develop.”

He will be joined by key seniors Jeremiah Foster and Kevon Harris.

The Bulldogs will practice a total of five days this week and five days next week. They will close out spring practice with three-team scrimmage next Friday in Millery.