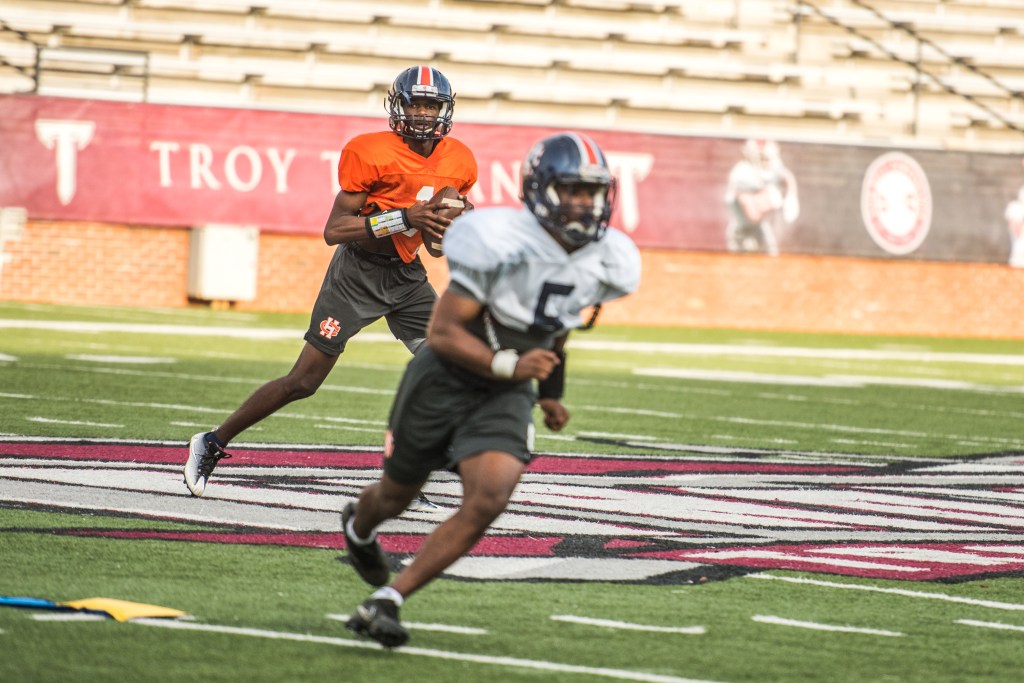 The Charles Henderson completed day three of spring practice on Wednesday evening, and for head coach Brad McCoy, it’s good to get back on the field.

The Trojans made another trip to the postseason after they finished the regular season with a 6-4 record. They drew Central Clay County in the opening round, where they fell to the Volunteers 42-14.

The Trojans began meeting regularly in January to get ready for what coach McCoy hopes is a successful spring.

“We began meeting at the end of January,” McCoy said. “We’ve started to bring some guys in for meetings, started working on the board, trying to teach them concepts in parts of each phase of the game. It’s nice to be able to get out on the field and use a football and start seeing all the stuff that we have been trying to teach them.”

The Trojans lost 17 starters off last year’s roster. On the offensive side of the ball, two vacancies will loom larger than most. Starting quarterback Noah Lowery and running back Jared Wilson, who signed with South Alabama, will no longer by in the Trojan backfield.

Chance Pollard will be the lone senior on the roster and he is getting the bulk of the reps this spring.

“We are giving him reps at running back,” McCoy said. “Elijah Caldwell is a ninth grader and he is a kid that has played running back; he is going to get reps. We are going to be really young. I say young, but if Chance wins the job we will have a senior running it. He is just young in the rep category.”

With Lowery no longer on the roster, the Trojans will turn to former receiver and quarterback DQ Toney to take the bulk of the reps this spring.

“Noah has been a solid, consistent player for us,” McCoy said. “He made a lot of plays with his arm. DQ Toney is going to come in and he has been getting most of the reps at quarterback this spring.”

The Trojans will spend the majority of the spring hammering out fundamentals. It won’t be until around the final week that they break out a new game plan in order to prepare for their spring game against Early County in the Troy Cable Spring Football Classic.

“We are spending most of our efforts on teaching guys how to play the game,” McCoy said. “Trying to get them as sound fundamentally as possible.”

The Trojans will take on Early County at 3 p.m. on Thursday, May 17. It will be part of a classic that includes seven games over the course of three days.