Patriots gear up for showdown with Tuscaloosa 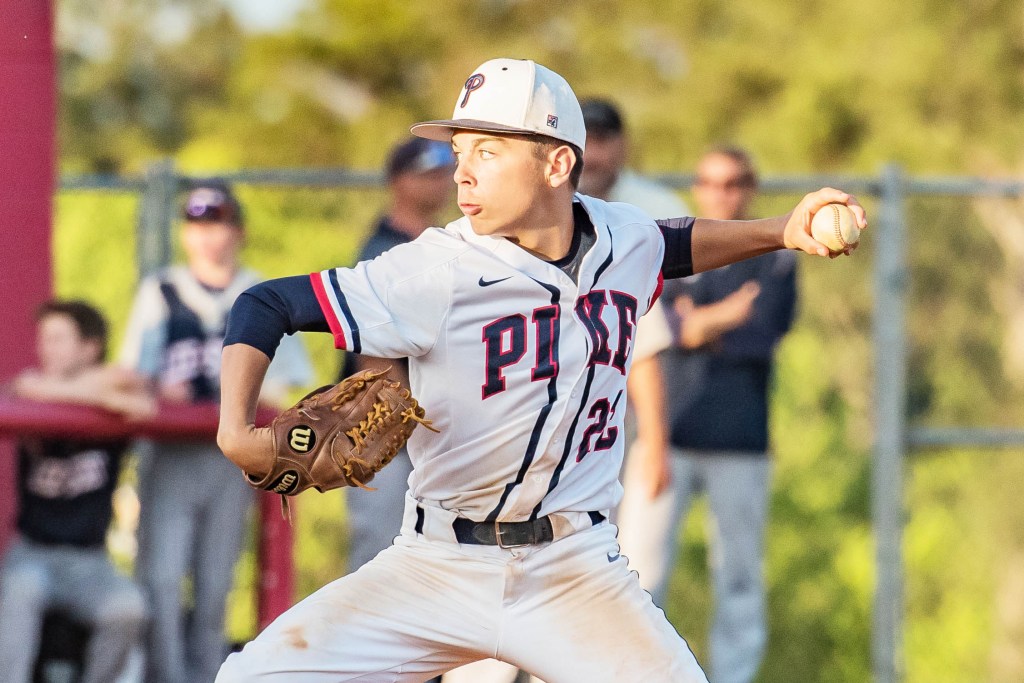 Messenger Photo/jonah enfinger Drew Nelson delivers a pitch for the Patriots during a game against Lee-Scott last Wednesday afternoon.

The Pike Patriots will travel to Tuscaloosa to take on the Tuscaloosa Academy Knights in the semifinal round of the AISA Class 3A playoffs this afternoon.

The Patriots swept Lee-Scott Academy in round two to give them the opportunity to play for a spot in next week’s championship round for the second consecutive season.

“It’s one of those situations where you can only practice so much,” said head coach Allen Ponder. “The kids are ready to go out there and play games. I think we are prepared; it just comes down to us making the trip up there and staying relaxed and playing our brand of baseball.”

The Patriots and Tuscaloosa Academy played two times this season with each team picking up a win. The Patriots picked up the win in their first meeting 2-1 before the Knights picked up a game two win 6-3.

“It’s going to be a great challenge,” Ponder said. “They are a very good baseball team. They are very well-coached. The pitchers pound the zone and they are very gritty in the batter’s box.”

The Patriots finished the regular season at No. 1 in the Alabama Sports Writers Association AISA Poll. They finished with a 27-4 record, while the Knights finished 22-11 and ended the season ranked ninth.

After winning their area, the Knights, along with the Patriots, earned a first-round bye in the playoffs. In round two, they swept Fort Dale and outscored the Eagles in the process 19-3. The Patriots advanced to take on Tuscaloosa Academy after they swept the Warriors in round two. They eliminated the Warriors after they won game two by a comfortable 15-2 score.

Game one between the Patriots and Knights will begin at 4:30 with game two to follow after. If game three is necessary it will be played on Thursday.