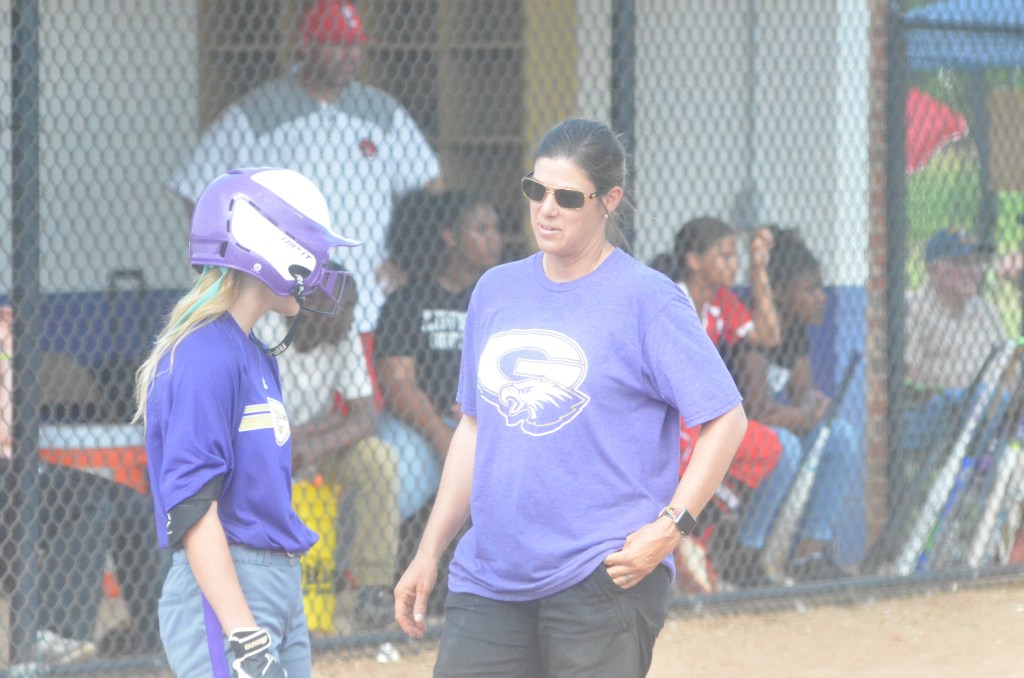 The Goshen Eagles and Luverne Tigers competed in the Class 2A Area Tournament on Tuesday afternoon in Goshen.

The two teams split the first two games of the series. The Tigers knocked off the Eagles 8-6 in game one before the Eagles won game two 15-1 to force a third and decisive game that was played deep into the night on Tuesday. The Eagles finished off the series with an 11-6 win over the Tigers in game three.

Junior Hannah Calhoun got the start for the Eagles. Calhoun pitched all seven innings. She allowed eight total runs on six hits.

Things got off to an ominous start for Calhoun and the Goshen Eagles. The Tigers got off to a 4-0 start in the top of the first inning. Calhoun walked two batters and the Eagle defense added an hour. The Tigers made the Eagles pay for it with a grand slam down the left field line.

The Eagles had three batters hit by a pitch and they had RBI singles by Megan Tillery, Lydia Harrison and Lexi McLendon to quickly even the score at 4 heading into the second.

After the Tigers added another run in the third, the Eagles battled back in the bottom of the inning to claim their first lead of the game. The Eagles picked up back-to-back RBI singles by McLendon and Morgan Wilkes to go up 6-5.

The Eagles had miscommunication in the fourth inning on a single to centerfield. The runner previously on second rounded third to tie the game when the Eagles failed to get the ball back to the infield.

Both pitchers settled down to pitch a scoreless fifth inning, but in the sixth the Tigers picked up a key two out double to take a two-run lead at 8-6.

The Eagles had their chance to even things up in their half of the sixth, but Lydia Harrison watched a strike go by with two runners in scoring position.

The Eagles had another golden opportunity to not only tie it in the seventh but possibly win it. The Eagles had the bases loaded with one out in the inning, but a strikeout followed by a groundout ended their chance.

The Eagles finished with 11 hits led by McLendon and Avery Henderson who each had two.

Brooke Bennett got the start for the Eagles in game two. The Junior pithed all five innings and allowed one hit on four hits.

After Luverne got one back in the bottom of the first, the Eagles picked up two more to go up 5-1 in the second. Henderson singled and scored on a wild pitch and Warrick drove in Calhoun on a groundout to third.

The Eagles blew it open in the third when they scored five runs on six hits to increase their lead to 10-1. The Eagles got RBI base hits by Harrison, Wilkes, Calhoun and Warrick.

The Eagles broke the 10-run lead threshold in the fourth when they scored three more runs in the fourth. Henderson, and Bennett each picked up RBI hits.

The Eagles scored their final two runs of the game in the top of the fifth.

The Eagles finished with 14 hits led by Henderson who had three. Wilkes and Warrick each had two.