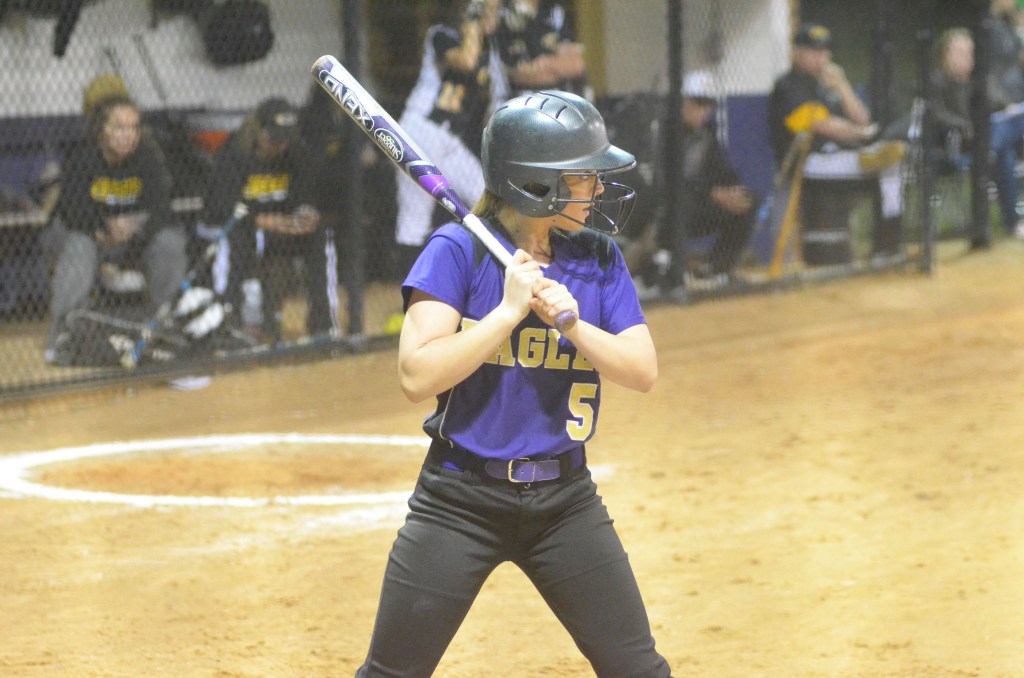 The Goshen Lady Eagles swept the Luverne Tigers in their two regular season meetings this season enabling them to host the area tournament that begins this afternoon.

The Eagles (2-0 in area play) are coming off a long weekend of softball after participating in the Elba warm up tournament, but head coach Amy Warrick feels her team is ready to go.

“We are coming in a little tired,” Warrick said. “We had a long double-elimination tournament that was very rough. It was good in some ways. We are getting patched up and ready to go. We are looking forward to it. We have been successful with them in the past, but they are a good team.”

The hope is that the tournament in Elba will prepare the Eagles both mentally and physically for the long days of softball that will be occurring in the postseason.

“I was hoping it was going to help us with the hitting,” Warrick said. “That kind of repetition helps with the hitting. We used both of them, but it’s tough on the pitchers and good for the batters. Hopefully we will get the bats cranked up. It’s going to be key in the area.”

Juniors Hannah Calhoun and Brooke Bennett have been Warrick’s top two pitchers on the mound this season. Both pitchers will be looked at to log important innings this afternoon.

“I have been impressed with our pitching this year,” Warrick said. “Hannah has done really good. She was a great pitcher anyway, but she has come along and matured as a pitcher. I couldn’t be prouder of her season and what she has done.

“Brooke is our second pitcher and she has done really well too. She didn’t really pitch a lot for us last year, so she is taking that role on this year and kind of get some innings so Hannah can have a break. I have been really impressed with how Brooke has thrown. I thought she has grown a lot also.”

The plan is to have Calhoun pitch game one with Bennett to pitch game two.

The Patriots have also gotten production in the circle by Alexis McLendon and junior varsity pitcher Mary Kay Mills.

“They are great they are just younger,” Warrick said. “They are learning to pitch on the varsity level. It’s a lot different than the JV level.”

The Eagles knocked off the Tigers by scores of 4-0 and 9-4 this season.

“They are a good hitting team,” Warrick said. “The first time we played them it was a low scoring game. They hit the ball and put the ball in play so we are going to have to show up and play good defense.”

That is one area Warrick has been impressed with lately.

“We were making a lot of errors in the beginning of the year, but we have tightened up some,” Warrick said. “Hopefully our defense shows up also and we can hold them.”