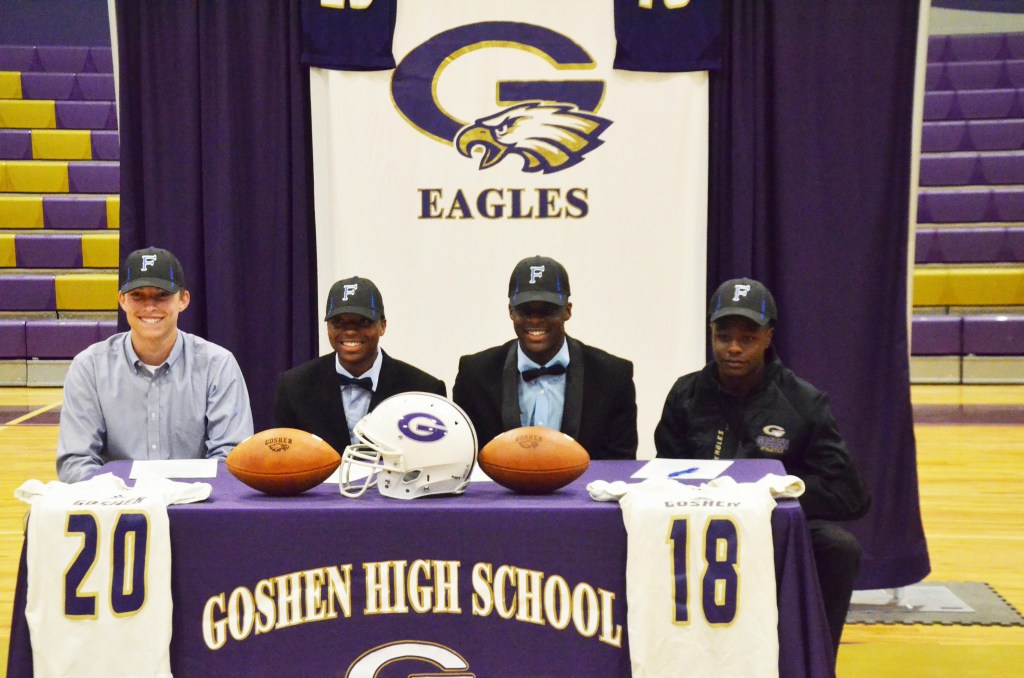 The signing on Friday continued an historic streak of signings this year.

“We have had 10 football players, one volleyball, two basketball players that are on the verge of signing and couple baseball players that may sign and we are not done yet,” said head football coach Bart Snyder. “We think things are going to get better. What a way to wind the school year down than to add a few more.”

It was a day to remember for the athletes that signed on the dotted line.

“it’s a blessing,” Siler said. “Honestly I didn’t see myself signing anywhere. The lord led me here and I am really grateful for it.”

“It’s been a dream for a long time since I was in elementary school,” Brock Snyder said. “I get to do something that I have always wanted to do.”

“I am just very excited and blessed,” Rogers said. “I love the sport of football and I always wanted to continue to play it ever since I was little.”

Alford previously signed with Alabama State this past winter. After realizing that Faulkner was the place for him he was happy with his decision to head to Montgomery.

“It was very exciting,” Alford said. “I have three of my teammates with me so we are going in there to have fun and play football like we did in high school.”

The four signees relish the opportunity to play with some close friends for four more seasons.

“It should be fun,” Alford said. “We know how each other plays so we can work hard with each other and get better.”

“That’s amazing,” Siler said. “That means there is a possibility of four more years of football with the people that I love.”

Every parent wants their child to stay close to home. Each one of these athletes heeded their parents wishes by staying in Montgomery.

“It feels great because I can always go home and get a decent cooked meal and always seeing my family,” Rogers said. “Never missing a beat.”

When Siler arrives on campus he wants to play wherever he is most needed.