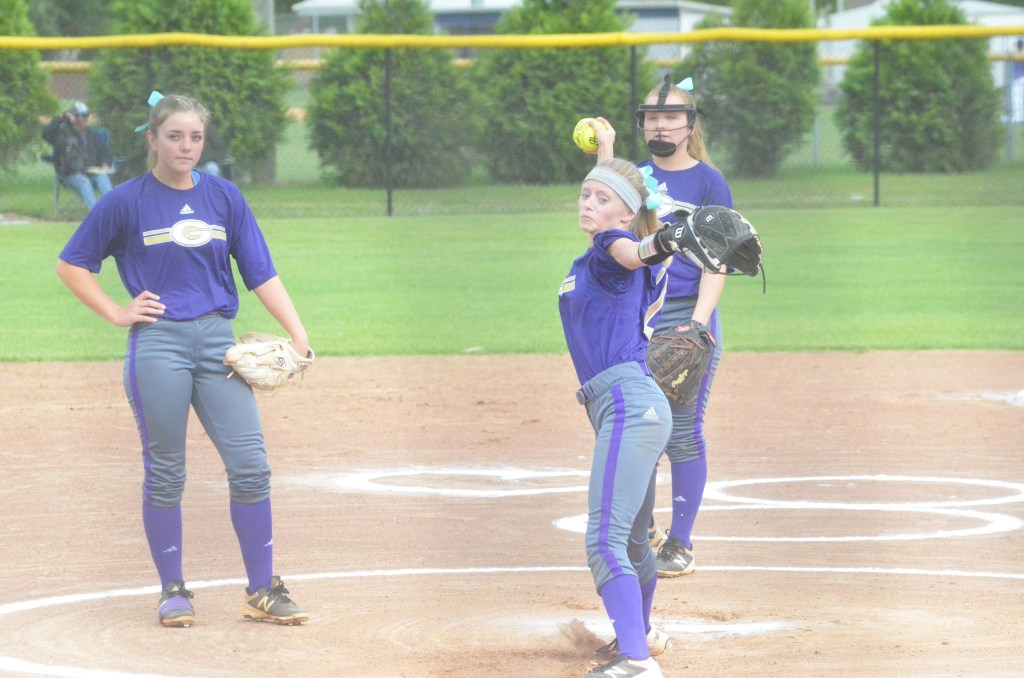 The Goshen Lady Eagles struggled to get much of anything going offensively in their 5-1 loss to the Brantley Bulldogs on Tuesday.

The Eagles didn’t get their first hit of the game until the sixth inning against Bulldogs starter Leanna Johnson.

Johnson tallied a total of 14 batters and struck out the side three times.

Hannah Calhoun of the Eagles was her counterpart in the circle. Calhoun pitched all seven innings and allowed five runs on 11 hits.

“I thought Hannah pitched fabulous until that final inning,” Warrick said. “She has grown up so much as a pitcher and that is one of the reasons I wanted her to go up against a Brantley team that is going to be a good hitting team. If we plan to go on in the playoffs and the regionals, we are going to have to have her.”

The first three of the Bulldog runs came off homeruns. The first came in the opening inning after a leadoff single to put the Bulldogs up 2-0.

The Bulldogs stretched their lead to 3-0 in the fourth after the Bulldogs hit a leadoff homerun.

The Eagles broke up the no-hitter and the shutout in the sixth when Kate Warrick hit a solo homerun to left to bring the score to 3-1.

The Bulldogs answered quickly in the seventh when they scored two runs on five hits to seal the four-run win.

The Eagles will be back in action on Thursday when they travel to take on Andalusia.