Back at it: After lengthy wait, Patriots eager to take on Lee Scott in round 2 of AISA playoffs 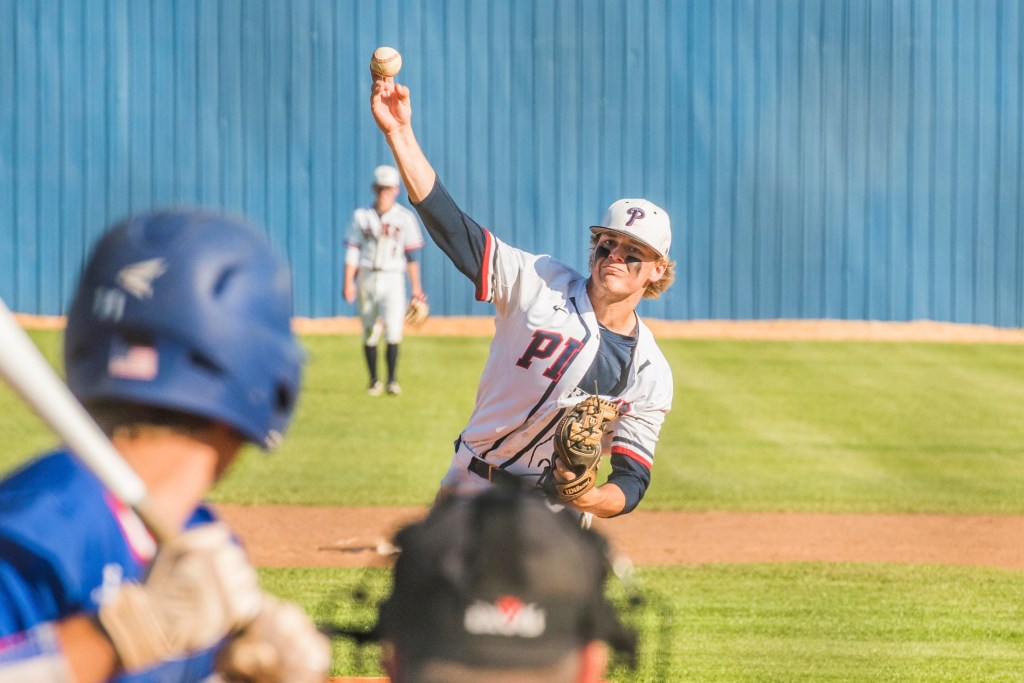 Nate Renfroe delivers a pitch against Macon East in a game last week.

The Pike Patriots’ second round playoff series against Lee Scott has been moved up today and coach Allen Ponder and his players couldn’t be happier.

The Patriots and Warriors play the first two games of their best-of-three series this afternoon at Pike Liberal Arts School beginning at 4:30.

“I am actually very happy it got moved up and so are the players,” Ponder said. “We have had a full week of practice and our guys are ready to go. We have had practice time, 10 days of practice and they have gotten kind of old. We are very excited about getting on the field and playing games again tomorrow.”

During the time off the Patriots did have an opportunity to play a couple of tune-up games against two other teams that had first-round byes in Macon East and Eastwood. The Patriots won both of the games.

“Playing those two games were big,” Ponder said. “They kept us kind of in the flow of things. Past that, really you just the best you can at creating game-like situations. We have done that to the best of our abilities in the past week.”

Last season, the Patriots relied on senior pitcher Reece Burbage to be their lockdown pitcher on the mound. The Patriots don’t have one lockdown pitcher this season, but Ponder believes the guys he does have are capable of putting zeroes on the board. The staff has proved him right so far this year by posting a sub-3 ERA.

“Obviously its tough to lose a kid like Reece,” Ponder said. “We knew he was going to win every time he touched the mound. Those kids are very rare and we were very fortunate to have one last year. We have the potential to have those this year. Reed (Jinright) coming off an injury has done a great job for us. Jade (Sikes) has done a good job for us.

“The difference between this year and last year is we may not have that one dominant arm, but we have a lot more quality arms.”

The Patriots have enjoyed the same type of depth at the plate. They have a team batting average north of .340, but it was just recently that Ponder has gotten production up and down the lineup.

“We kind of struggled this year putting together one through nine,” Ponder said. “I think we have done a much better job of that the last three or four games. This is the time of year that you want to put it all together.”

Lee Scott rides into round two after knocking off Bessemer in two straight 5-4 and 15-2.