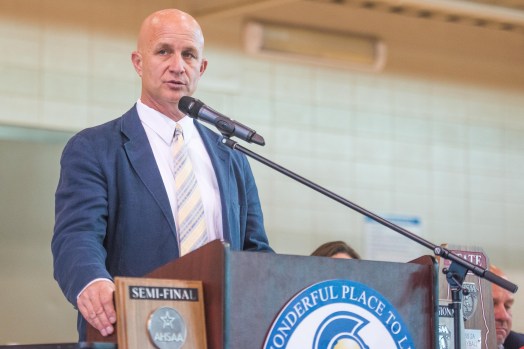 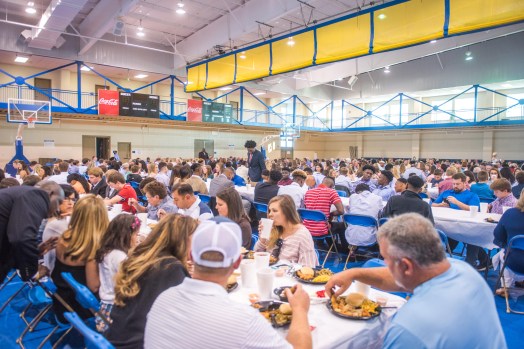 Messenger photo/jonah enfinger Nearly 400 people were in attendance at the recreation center on Monday night to celebrate a memorable athletic year. 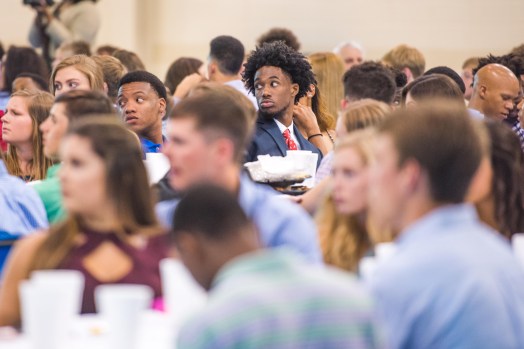 Messenger photo/jonah enfinger Nearly 400 people were in attendance at the recreation center on Monday night to celebrate a memorable athletic year.

Nearly 400 people packed the gym at the Troy Recreation Center on Monday night to celebrate a historic sports year at Goshen High School.

A total of 14 different teams, from football to cross-country, were honored in front of the Goshen faithful.

“It’s an opportunity to give back to these kids,” said Athletic Director and head football coach Bart Snyder.

It has been a historic year at high school and it could just be getting started. The volleyball and football teams began the run of success in the fall. The football team advanced to their first ever trip to the Class 2A semifinals. The Lady Eagles volleyball team also made a historic run when they played in the state championship game. The swimming team had representatives in the state swim meet and both the baseball and softball teams have their sights on making a deep playoff run.

“It’s a great time to show a little appreciation for these kids that have done a lot of work,” Snyder said. “It’s an exciting time for them to stand up in front of their parents and their peers.”

The banquet also gave the Eagles the opportunity to honor their seniors, who have put a lot into their sports teams during their tenure at Goshen.

“It’s very special,” Snyder said. “A lot of them have received honors. There are several scholarships in this group. By the time that it all ends, there could be 13 different scholar athletes that have signed a college scholarship.

Snyder has been involved with Goshen High School either as a player or a coach for over 30 years. In his recollection and opinions, he has never seen the amount of success that this year’s Eagles have experienced.

“This has definitely been a historic year and something very special,” Snyder said.

Snyder and the Eagles feel the success they have experienced this school year is only the beginning.

“We are on the way up,” Snyder said. “We feel like our athletes are getting better. They are working harder and each year we challenge our athletes to do something a little better than the group before to leave a legacy. I think this group has done that and they have a lot to look forward to for the next several years.”