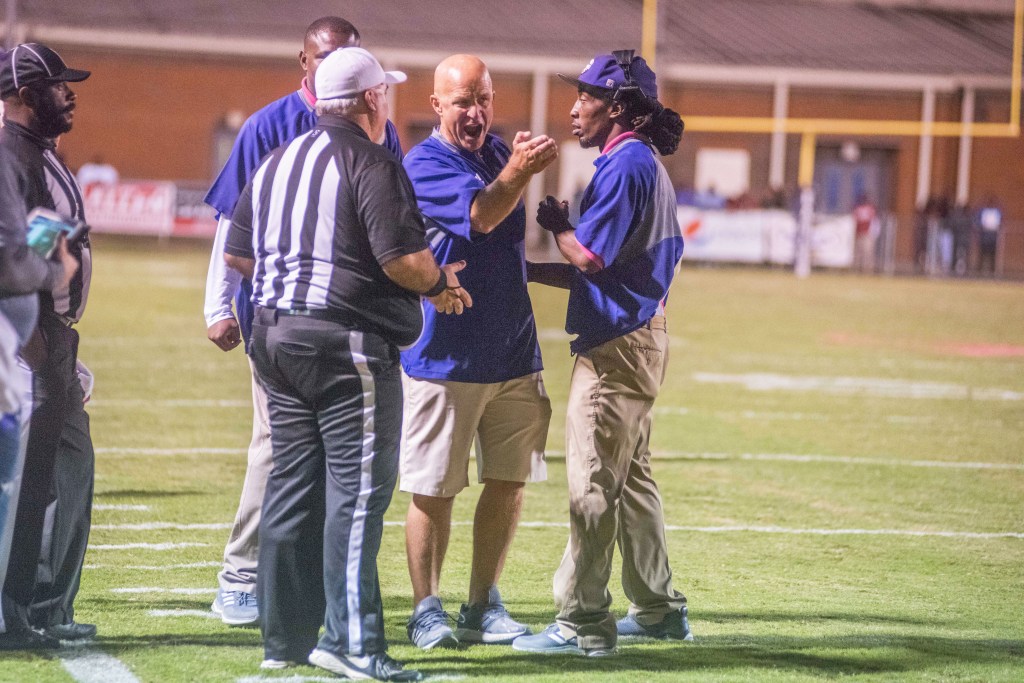 The Alabama High School Athletic Association has received permission by the National Federation of State High School Associations (NFHS) to use instant replay in football games in the upcoming 2018 season.

The AHSAA will partner with DVSport, Inc. a company based out of Pittsburg, Pennsylvania. DVSport has been providing the NCAA with instant replay since 2005. Most of the major conferences in college football use DVSport including the Southeastern Conference, Atlantic Coast Conference, Big 10, Big 12, Pac 12 and the Sun Belt.

Referees will be able to look at plays just seconds after they finish to ensure they call the play correctly. Officials, after a head coach calls for a challenge, will be able to review a play from the sidelines.

“They (officials) want to make the right call,” said Charles Henderson head coach Brad McCoy. “I think for their sake they get bombarded enough with criticism when it comes to making and blowing calls. I believe that it will help with them getting calls right. We all make mistakes and that’s part of the game. Maybe in a critical situation that will ensure the right call is made.”

“Any time you can bring something in to help the sport be made better is always good,” said Goshen head coach Bart Snyder

Instant replay will be available to all AHSAA schools. Teams may only use DVSport. No other replay technology will be allowed.

“I think every school is going to be expected to purchase the equipment,” McCoy said. “There are only so many units. So I think it will come on a first come, first serve basis.”

Each school interested in using the system will be asked to provide the funding for the equipment.

“It looks like not every school is going to have access to it,” McCoy said. “I guess it will come down to the home team and their ability to have the equipment. For the teams that struggle on a budget standpoint, like most of us do at this level, I just don’t think we will have the luxury of it.”

“It’s an option that we all have,” Snyder said. “Hopefully the expense of it will be where we can afford to look at it and possibly be able to do it ourselves. Our officials do an outstanding job. Sometimes a little help along the way can help everybody.”