On to sectionals: Trojans hope to keep winning ways in postseason 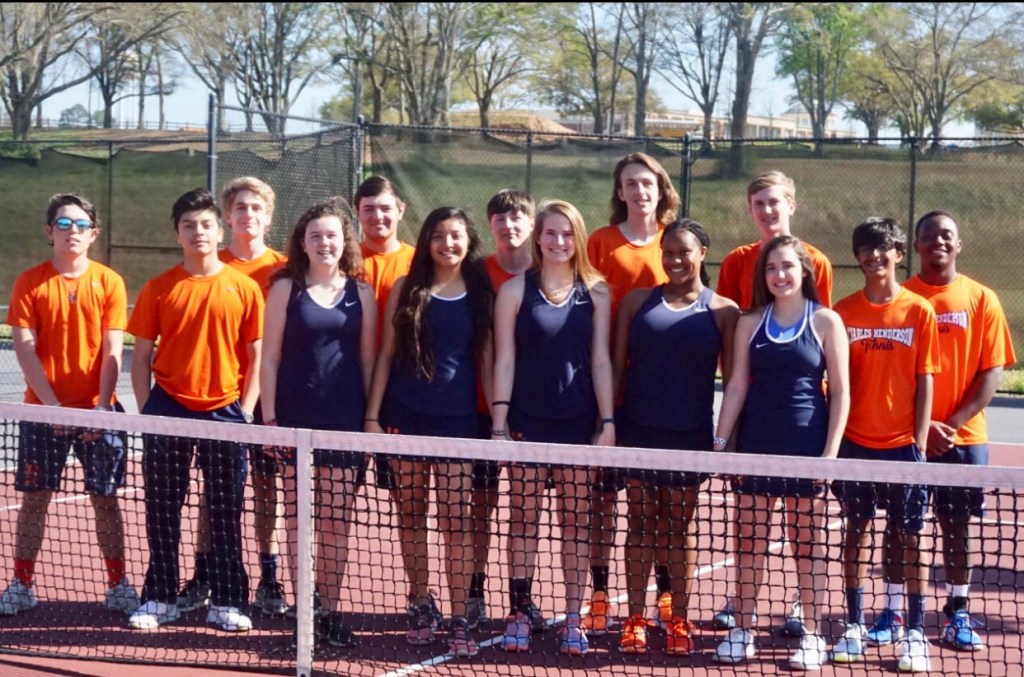 The Charles Henderson High School tennis team concluded the 2018 regular season on Tuesday. Now they turn their sights to the sectional tournament in Montgomery Tuesday.

The varsity boys rode into their season finale undefeated on the season. They ultimately fell to Saint James, giving them their first loss.

“They are doing really well,” said Trojans head coach Carla Oswald. “I expect them to make it to state and do well there.”

The Lady Trojans didn’t have the year they wanted, but they were led by their top two players in Abigail Salmon and Amber Fayson. The rest of the team – which consist of Emma Earles, Amy Prieto, Emma Burttram and Lily Ryan – is still in middle school, but the two veterans remain undefeated in their matches this season.

“They have done great,” Oswald said. “The rest of them have improved tremendously; they are just new. So they will have a really good season next year too.”

The boys team – which consists of Cole Oswald, Arman Shefffield, Charlie Rawls, Cole Curtis, Gus Hughes, Gabe Meredith, Ayush Patel, Fabian Prieto and Russ Oliver – has players that have been playing since the seventh grade. Oswald believes that depth has played a big role in the Trojans’ success so far this season.

“Most all of the boys on the team started when they were in the seventh grade,” Oswald said. “They are all juniors and one sophomore. It’s just consistent play. They getter better every year and it’s finally to the point where there is a lot of depth. There is not a huge difference between our three and our sixth just because they played for so long.”

Even though the boys dropped their first match as a team on Tuesday, Trojan number one player Cole Oswald kept his undefeated season alive.

Coach Oswald hopes that her team’s first loss will keep her players hungry and that it will give them a lesson heading into sectionals.

“Saint James came in the top five last year in the state,” Oswald said. “We knew they were going to be really hard. We used yesterday as an opportunity to figure out what we needed to work on over the next week so we can hopefully beat them next Tuesday.”

The Trojans have made it to the state tournament every year since Oswald began helping with the team four years ago. Anything short of that this year would be a disappointment.

“We have made it to state every year since I have been here,” Oswald said. “It would be disappointing if we didn’t make it to state.”

The game of tennis is in Oswald’s blood. Her father, Bill Emerson, is the “Dean of Tennis” in Troy and he coached both Oswald and her brother Royce Emerson, who is the only state champion tennis player to ever come out of Charles Henderson.

“He was my brother’s coach and my brother ended up going to Troy to play tennis,” Oswald said. “I played with my father as the coach as well. When my kids got to high school then I started helping. It’s really been a full circle. It’s really cool.”