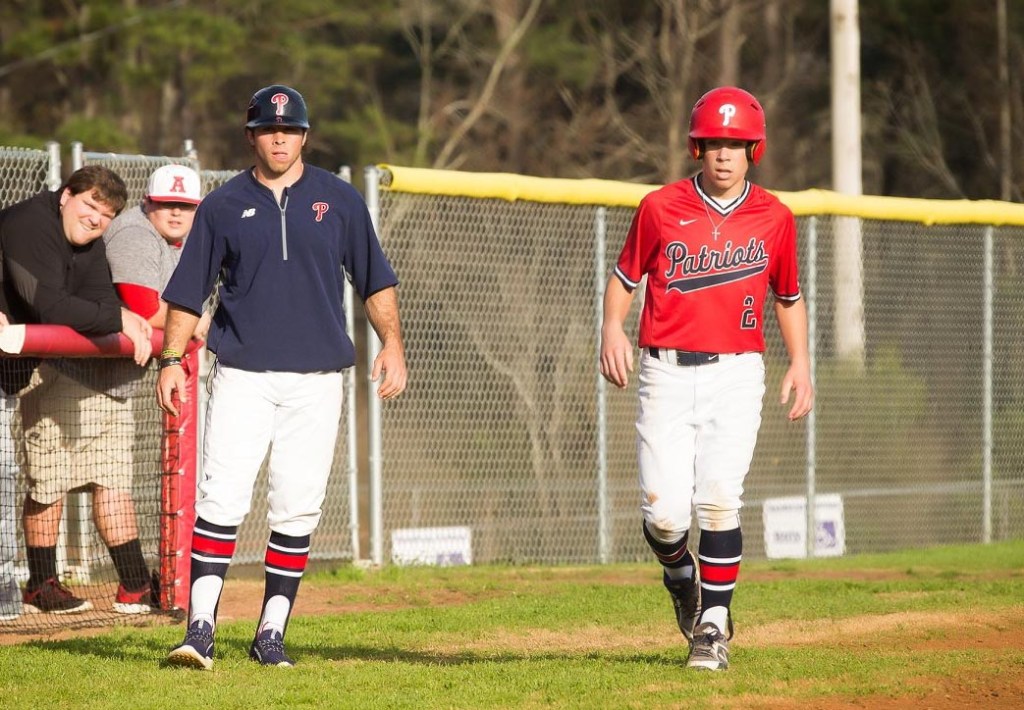 Photo/Candace Nelson photography Drew Nelson (2) leads off third base for the Pike Liberal Arts Patriots in a game earlier this season.

The regular season has come to a close for the Pike Liberal Arts junior varsity Patriots. Now it’s time to turn their sights to the state tournament.

The Patriots enter the tournament as a number two seed after they finished the regular season with a 23-0 record.

“I am really excited and I know the kids are really excited about it,” said head coach Will Austin. “They are ready to go out and finish the season strong. We have had a good year so far and we look forward to finish on a high note.”

The tournament will officially begin today and conclude with the championship on Saturday.

The Patriots will have a bye and will wait to play the winner of the round one matchup between Lee Scott and Morgan on Friday beginning at 2 p.m.

The Patriots have found success this season due to strong play on defense as well as on the mound according to Austin.

“Pitching and defense has really carried us all year,” Austin said. “Our guys have really bought into what we are trying to do and have worked really hard at it. I think that goes a long way.”

Strong pitching and defense is the key to tournament success for the Patriots.

“The key will be to pitch the ball well and play good defense,” Austin said. “That’s always the recipe to success and we have done a good job at that all year. If we can do that this weekend, then I think it will be a good weekend for us.”

On the mound, the Patriots have relied on getting ahead of batters early in the count.

“We have guys that compete,” Austin said. “We get ahead in counts and throw strikes early.”

At the plate, the Patriots like to find the gaps in the outfield.

“We are more of a gap-to-gap hitting team,” Austin said. “We can play small ball when we need to, so I would say we have a good combination of hitting and small ball.”

“At the varsity practices, the guys have good energy and good body language,” Austin said. “The guys see that and it helps them to see the older guys play the game the right way.”