Davenport wins Class 5A Player of the Year Award 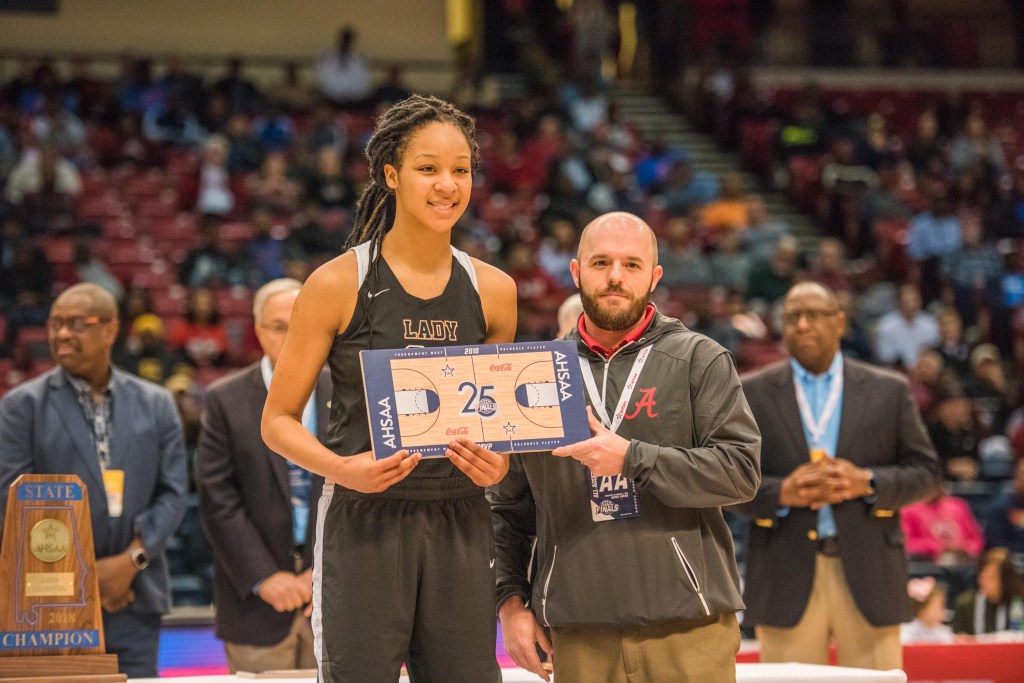 “I was excited,” Davenport said. “I was blessed to win the award that I got. I have this award now and now it’s on to something else.”

It was a banner year for Davenport and the Trojans. Charles Henderson won their first ever state championship when they knocked off Central Tuscaloosa 55-37. Davenport also found individual success in Birmingham. Davenport was named MVP at the State Tournament. She totaled 17 points and 13 rebounds in the championship game.

Those numbers line up nicely with her season average of 17.2 points per game and 12 rebounds. She averaged 5.4 blocks and she shot 67 percent.

“She is an outstanding player,” said head coach Dyneshia Jones. “She loves the game of basketball. I knew she had a great chance of winning that award.”

Davenport also had her sights on winning the Miss Basketball Award, given to the state’s top over all girl player. The award went to Lee-Montgomery’s Zipporah Broughton. Jones believes the motivation to be on top next year is already evident.

“Even if she would have won it she would still want to get back there and win it again,” Jones said. “She was going up against some great players. I guarantee she is ready to hit the gym right now. Whether she would have won or lost, she is still willing to get back at it. She is not the type of girl that is going to drop her head and give up.”

“Even if I got the award I am still going to be working,” Davenport said. “It motivates me a lot.”