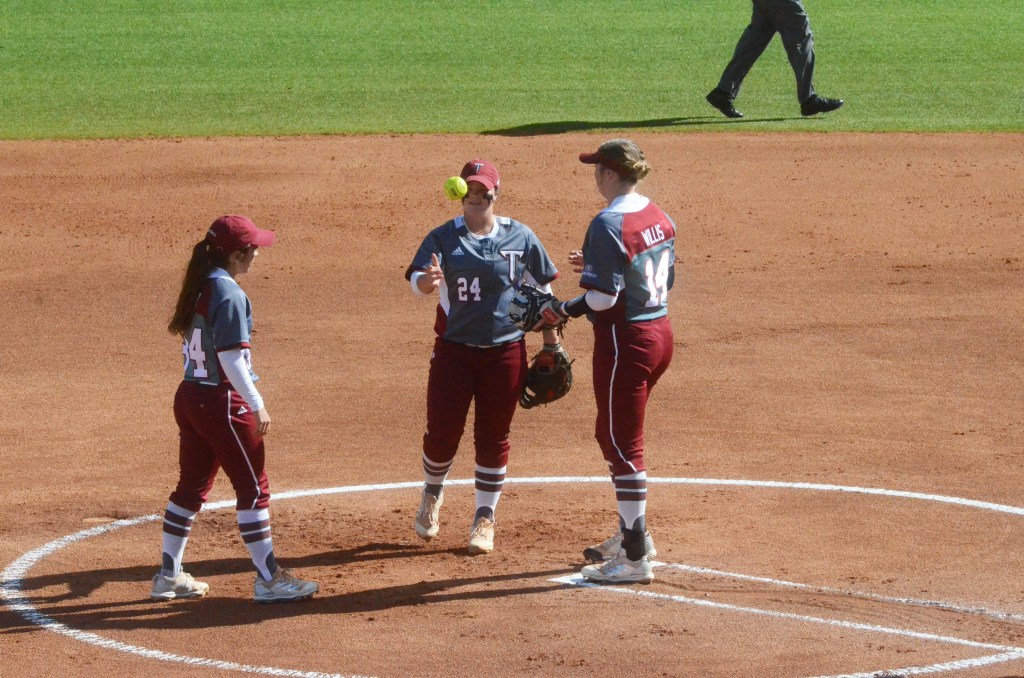 The Troy Trojans split a double-header with the Florida Agricultural and Mechanical University Rattlers on Wednesday at the Troy University Softball Complex.

The Trojans won game one 9-1 in five innings. The Rattlers came back and won game two 4-3.

Annie Willis picked up the win for the Trojans after she pitched all five innings. She allowed one run on three hits and struck out eight batters.

The Trojans finished with nine hits led by Madeline Porter and Erica Davis, who both went 2-3. Logan Calhoun, Katie Webb, Hope Hernandez, Stephanie Snyder and Talia Truitt each picked up a hit.

The Trojans loaded the bases in the opening inning, but couldn’t scratch across a run. In the second, however, the Trojans batted around and scored eight runs on five hits.

Snyder came around to score the game’s first run when Calhoun reached on a fielder’s choice. Erica Davis scored on a fielding error by the Rattlers shortstop to put the Trojans up 2-0.

Webb quickly doubled the Trojans lead when she singled to right to score both Calhoun and Truitt for the Trojans’ third and fourth runs.

Webb stole second second base during the next at-bat, allowing Taylor Corbett to score from third base. Webb came around to score on a Hernandez single. Snyder drove in the final two runs of the inning when she belted a home run to left center.

After the Rattlers scored their lone run in the top of the fourth, the Trojans ended the game after just five innings when Calhoun doubled off the right field wall, scoring Truitt for the game’s final run.

Peyton Glover took the loss for the Trojans in game two. She pitched six innings and allowed four total runs, three of which were earned on eight hits. Kynsley Rae Blasingame pitched the final inning for the Trojans.

The Trojans will be back in action on Saturday when they travel to Boone, North Carolina to take on Appalachian State.