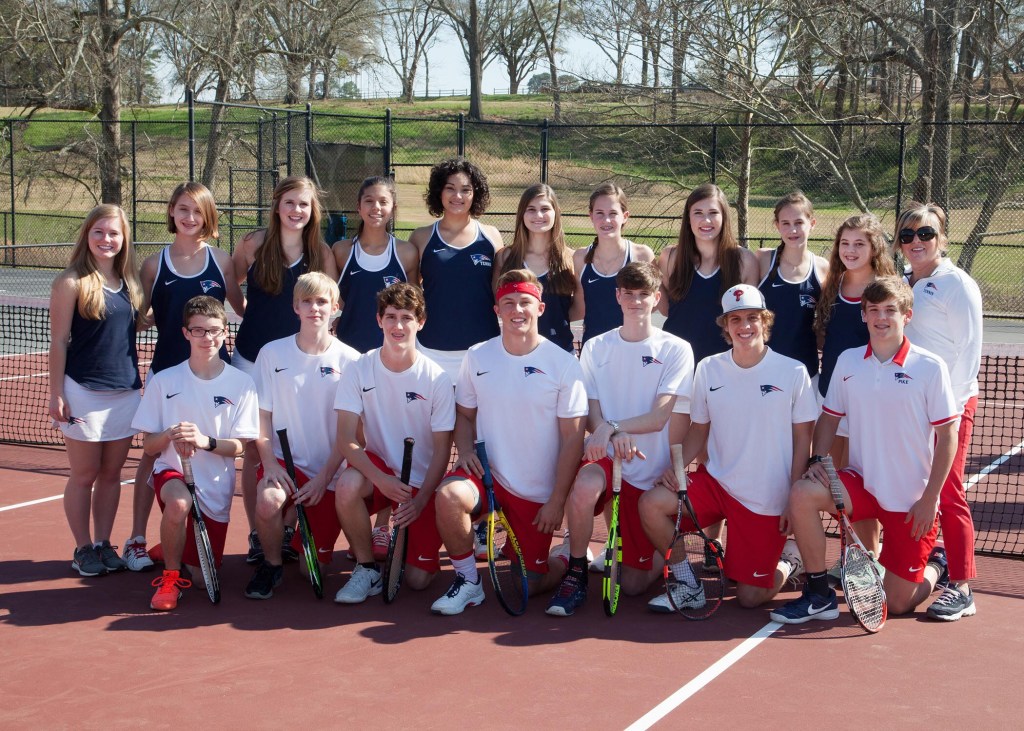 The Pike Liberal Arts boys and girls tennis team is heading to Montgomery’s Lagoon Park for the AISA State Tournament next week.

The Lady Patriots finished the regular season as the top seed in their region after they compiled a 5-1 record heading into the state tournament. The only loss came at the hands of Lee Scott.

The boys will also head to Montgomery next week as a three seed in the state tournament.

The Patriots are in a region with Glenwood, Springwood, Lee Scott, Northside Methodist, Crenshaw and Lakeside.

The Patriots have had to contend with teams that have had tennis programs much longer. That has built confidence for the Patriots.

“We have had to compete with schools that have had tennis programs since the 1970s,” said head coach Amy Allen. “Some of those schools may perceive us as being underdogs. Our keyword every year has been ‘believe.’ That is kind of our mantra. We believe and we are going to state.”

Aside from a few upperclassman, the Patriots field a relatively young roster this season.

“We have had a tennis team for five years” Allen said. “Both my teams are what I would call young teams. My number one and two in both boys and girls are sophomores. I have some sixth graders on my girls team, so we are constantly looking for new recruits.”

Because of the relatively young roster, Allen believes the future of Patriots tennis could be a bright one.

“The next two years look extremely promising for us,” Allen said.

The Patriots play year-round and throughout the year they have gotten a lot of contributions from the Troy men’s tennis team.

Allen has been at the helm for four of the first five seasons at Pike Lib and two players have been along for the ride the entire time. Number one boy Zack Dean and number one girl Hannah Helms started as seventh graders.

“They had no knowledge of the game whatsoever,” Allen said. “They loved it and worked very hard at it. I am very proud of them because they are very committed. They have been on the court whenever they have free time and it’s finally paid off this year.”

The Patriots have gotten production from older players in junior Jackson Thomas who is going into the tournament with five wins under his belt. Senior Reed Johnson came out to play for the first time and also finished with five wins at 5-1.

Seeing the program continue to grow into year five has been a major positive for coach Allen.

“It’s always encouraging,” Allen said. “The best thing is we always get one or two new players every year that have never played. They get on the court and all of a sudden they are in love with it.”

The Patriots have worked hard on the mental aspect of the game and a key moment of the season came when the girls team defeated perennial powers Springwood and Glenwood.

“The coach of Springwood and I graduated from high school with each other,” Allen said. “He said we don’t get beat very often. They had two losses this year and one of them was to us.”

“I am very positive that hopefully we will have some team members in those finals.”