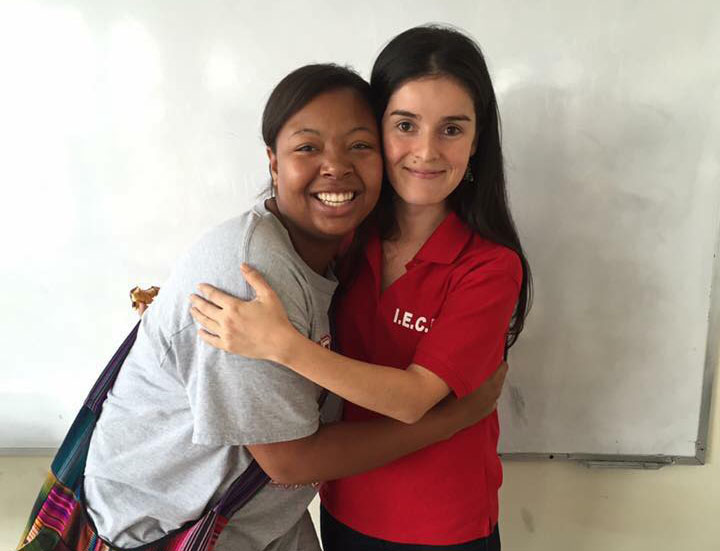 Submitted photo Kayla Elliot hugs one of the Spanish teachers while on a study abroad trip to Costa Rica in 2015.

While most Troy University students are dreaming of time off this summer, student Kayla Elliot is preparing to study abroad in Argentina.

Elliot was walking near Baptist Campus Ministries Sunday when the Dart fell on the Troy University campus.

Elliot is a Spanish Major at the University and will make her second trip outside of the country; she visited Costa Rica in 2015. Elliot will embark on her journey on June 25 and return on July 7.

“We have to have six credit hours of study abroad credit before graduating,” Elliot said. “I did the first three in Costa Rica a couple of years ago.”

In her last trip to Costa Rica, Elliot and the students spent their trip in a school setting. This time around, the participants will be diving into the culture firsthand. It will also give her an opportunity to impact the people she’s with.

“All of the learning that we will be doing will be language emersion and culture experiences,” Elliot said. “I am really excited to, whoever my roommate is, to share the gospel and try to make a difference by being the light in the group.”

Since Elliot has made a trip outside of the country before, she is well aware of all the opportunities and challenges that await her this summer.

“It’s a littler nerve-racking because of the culture shock,” Elliot said. “I have had to do some research and look and see what the customs are over there because I don’t want to stick out like a sore thumb, which I will because I will be in South America. I guess I just want to prepare by doing research and talking with people that have been there before.”

Elliot will do more than learn during her time in South America. She hopes to do a little sight seeing.

“The ultimate thing I want to take back is the experience of mixing with other cultures and being open minded about learning and sharing beliefs without having a language barrier,” Elliot said. “I really want to see the Andes Mountains. We are going to the province that it’s in so we will be able to see that.”

Editor’s note: The Dart is a weekly feature of The Messenger where a reporter throws a dart at a map of Pike County and finds a story in that area.