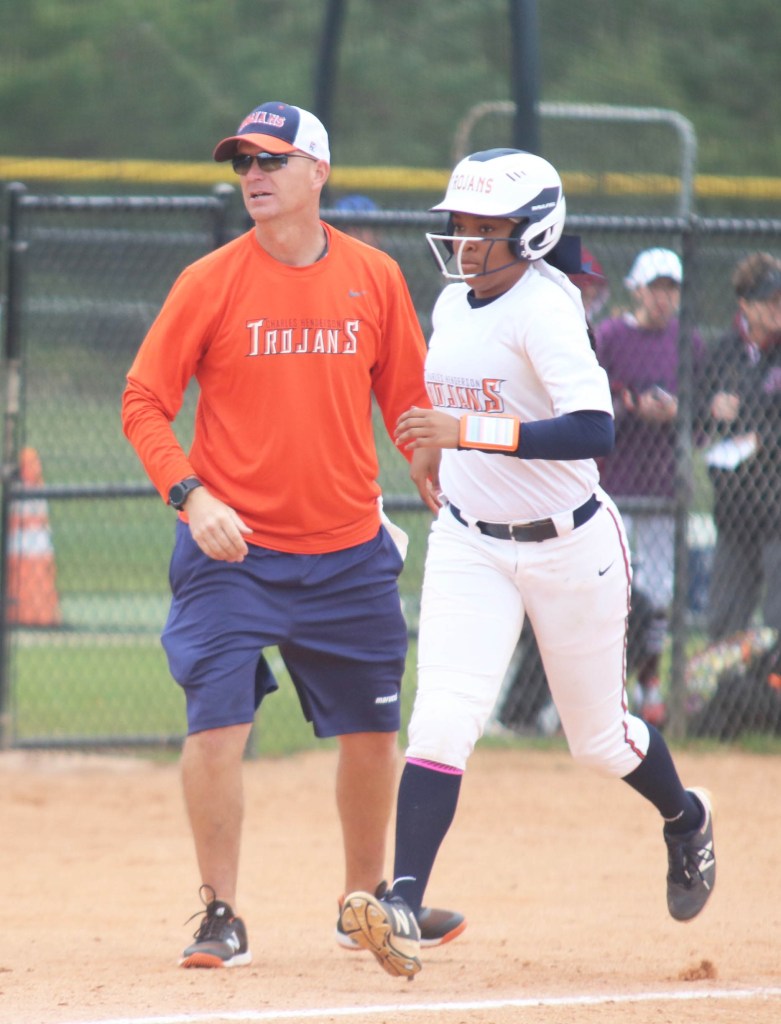 Submitted Photo The Charles Henderson Lady Trojans concluded play in the Gulf Coast Classic on Wednesday when they fell to John Carroll 2-0.

The Charles Henderson Lady Trojans had their run in the Gulf Coast Classic come to an end on Wednesday morning when they fell to John Carroll 2-0 in Gulf Shores.

The loss brings the Trojans home after a 2-3 finish in the tournament.

“Anytime you can go to a good tournament when you have a lot of good competition you are going to come away with good experience,” said Trojans head coach Robin Snyder. “You see good pitching and good hitting. We gave ourselves a chance to win every game we played. We could have easily walked away 5-0.”

Senior Molly Kate Sanders got the start for the Trojans on Wednesday. Sanders pitched four innings and allowed the two runs on eight hits. She struck out five batters.

John Carroll scored both of their runs in the first inning off Sanders. Carroll tallied five hits including an RBI double.  The Trojans also allowed a runner to come in to score on a wild pitch.

The Trojans had their chances on Wednesday. They had their first two reach in the first inning. They were both able to get into scoring position with nobody out. Neither run came into score. The Trojans loaded the bases in the second with nobody out, but again could not scratch across a run.

“When you play against good teams, you have to score runs in those situations,” Snyder said. “When you don’t, you end up losing.”

With this tournament now in the rearview mirror, the Trojans shift their focus back to area play. On Tuesday, the Trojans travel to Montgomery to take on Brew Tech for the first of two games this season.

“Our expectation is to win the area,” Snyder said. “The key to winning the area is going to Montgomery next Tuesday and coming back with a victory over Brew Tech.”