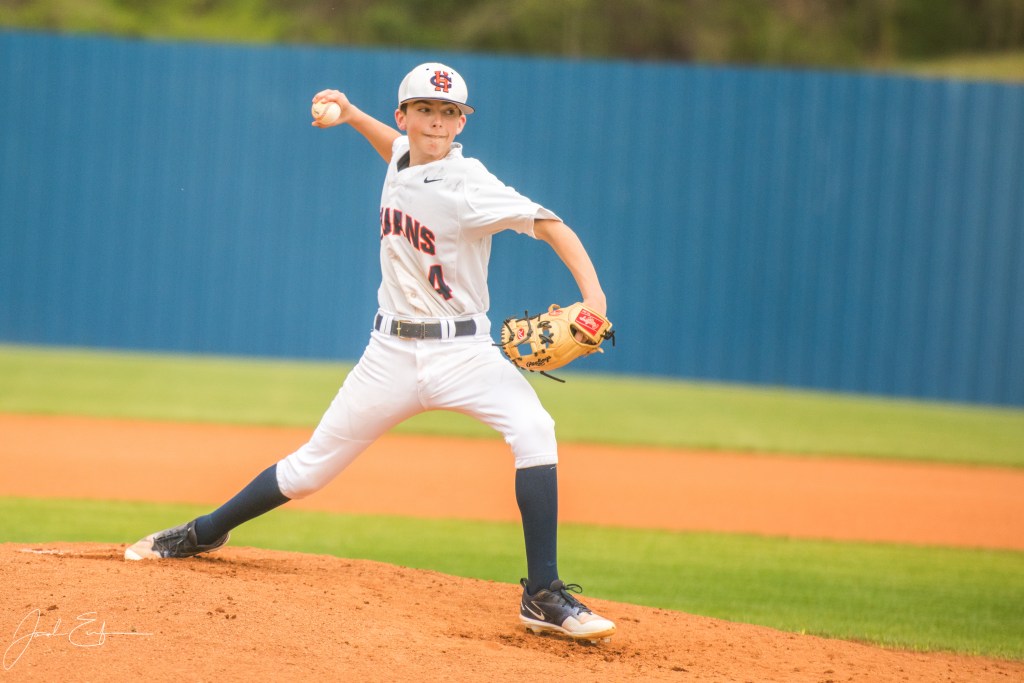 The Charles Henderson junior varsity Trojans fell in game one of a scheduled double header 15-11 to Providence Christian on Tuesday afternoon in Troy.

Brady Huner got the start for the Trojans in game one. Huner pitched the game’s first three innings and allowed five earned runs, seven total on nine hits and three walks. He struck out one batter.

The Trojans fell behind early on Tuesday after they surrendered three runs in the opening inning.

The Trojans responded with four runs in the second to take a 4-3 lead. Quay Rodgers smacked a two-run double to score Christian McCall and Tallis Picton. Huner helped his own cause when he singled in Rodgers to even the game up at 3. Jaylen Deveridge closed out the scoring with a double.

Providence Christian responded with a big inning of their own when they posted four runs in their top half of the third to retake the lead at 7-4.

The Trojans inched back into the game in the bottom of the third. Michael Sullivan walked with the bases loaded and Crowder hit a two-run double to bring the Trojans within one at 7-6.

Providence pushed it to 10-6 heading into the bottom of the fourth inning.

The Trojans answered with five runs in the bottom of the fourth to take another lead.

Baily Sparrow, Ben Reeves, McCall and Picton all picked up hits in the inning. Huner drove in the leading run on a fielder’s choice.

The rollercoaster of a game continued in the fifth when Providence retook the lead with a five-run inning of their own to go up 15-11.

The Trojans finished with nine hits in the game. McCall led the way at the plate after finishing 2-2 with three runs scored and 2 RBI. Picton also picked up two hits, while Deveridge, Bailey Sparrow, Reeves, Rodgers and Huner all picked up one hit.

The Trojans bounced back to win game two against Providence Christian 3-1.

Daryl Lee got the start in game two. Lee pitched all five innings and allowed one run on three hits.

The Trojans finished with five hits led by Coby Johnson who went 2-2 with 2 RBI. Reeves, Picton and Rodgers all had one hit in the win.