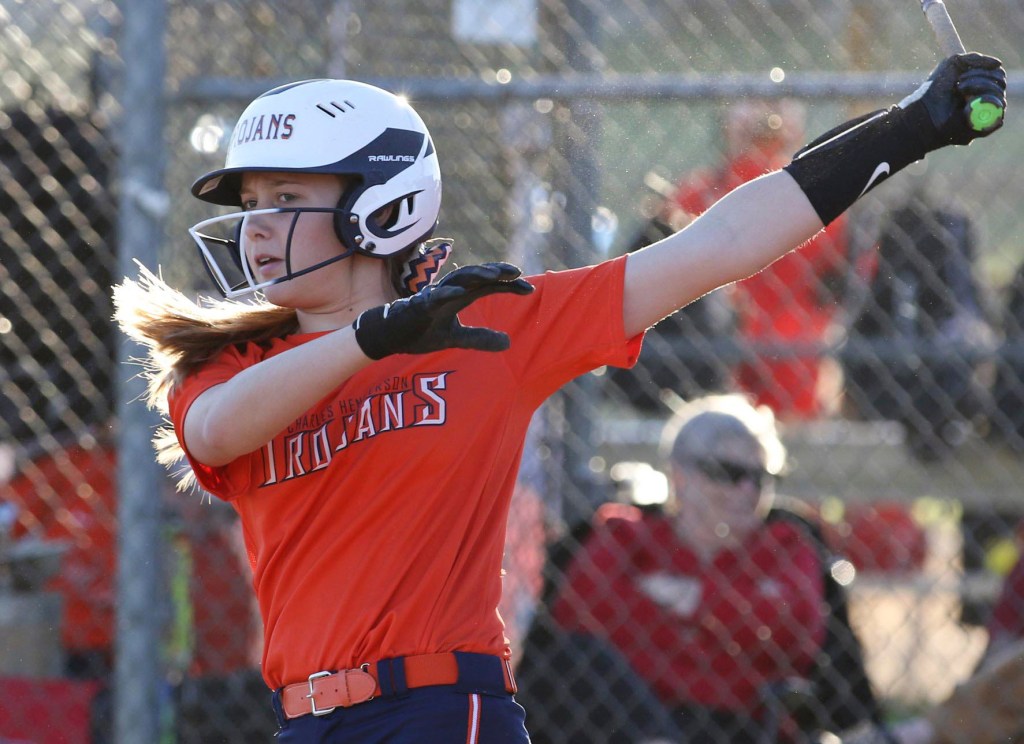 Messenger Photo/Dan Smith The Charles Henderson Trojans still control their own destiny when it comes to hosting the area tournament for the second consecutive season. To do that, coach Robin Snyder believes his team will have to play more consistently.

After an up and down first half, the Charles Henderson Lady Trojans softball team hopes to draw from last season’s second-half success as they chase down a second consecutive regular season area championship.

The Trojans are currently sitting below .500, but with two area games still on the schedule, there are reasons for optimism.

“We are not playing like we would want to be playing,” said head coach Robin Snyder. “We have to get better. We have told the girls all season long that it’s not how you start it’s how you finish. If we can keep getting better and working hard than we will be fine.”

The Trojans have the opportunity to look back at last season’s success. The Trojans had the same up and down start to start the year before battling back to claim their first regular season championship in many years.

“Hopefully they will keep working hard,” Snyder said. “The girls are working hard. It’s just one of those things where we have to get everything going in the right direction. You want to be playing your best ball at the end of April and the beginning of May. That’s when it all counts.”

The Trojans, after knocking off Greenville on Tuesday night, sit at 2-0 in area play. With two more area games remaining against Brew Tech the Trojans still control their own destiny when it comes to hosting the area tournament.

“We have Brew Tech in the first two weeks of April,” Snyder said. “That should determine who will be the regular season area champions.

The Trojans have received production on the mound from two seniors in Molly Kate Sanders and Rose Snyder. Juniors Sydni Garrett and Emma Kirkpatrick have also logged some innings for Charles Henderson.

“The pitchers are throwing strikes,” Snyder said. “We just have to do a better job at playing defense behind them. We are not doing that on a consistent basis. We have to get better at that. The pitchers have to hit their spots better and work at that aspect of it.”

At the plate, the Trojans are still looking for the kind of production they were hoping for in the offseason.

“We are still not hitting like we want to be,” Snyder said. “We do good at times and we do good in certain spots, but we are not hitting consistently from top to bottom. That is what we are looking for, to be more consistent offensively and defensively.”

The Trojans will be back in action this afternoon when they host Wicksburg. The junior varsity Trojans will start the day at 4:30.