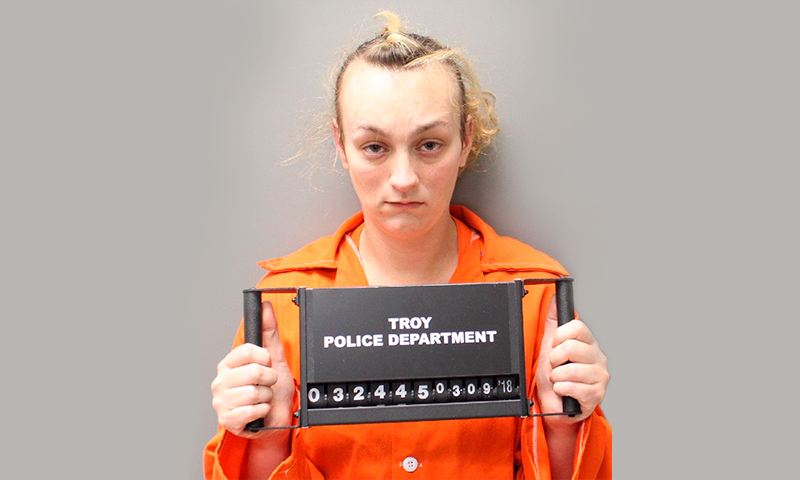 Another person has been charged with the murder of Gary Pergler, whose body was found in a rural area of Pike County on March 11.

Ashlee Beebe, 29, was charged Tuesday with murder when new details from the investigation pointed to her involvement, said Police Chief Randall Barr. She was being held in the Pike County Jail on $5,000 bond already on a charge of first-degree hindering the prosecution in connection with the case.

Pergler, 48, of Troy, was reported missing on March 8 after last being seen by neighbors on March 5.

“Pergler’s residence was secure and Pergler would not come to the door,” Barr said. “Pergler’s car, a 2001 Chevrolet Impala, was not at his residence.”

After further investigation, police returned to Pergler’s residence. Pergler was nowhere to be found, Barr said, but evidence found inside the home showed signs of a struggle and suggested foul play.

“Investigators located Pergler’s car on Melanie Lane in the Pocosin area around noon on March 8,” Barr said. “The driver and only occupant of the car was Pat Dickey Jr.”

Dickey Jr., 43, was subsequently charged with murder, as well as Robert Raymond Johnson, 29.

Johnson was released from the Pike County Jail on March 21.

Jason Michael Schultz, 27, and Jessica Mae Furtado, 24 remain incarcerated on one count each of first-degree hindering the prosecution.

According to Pergler’s daughter Michelle, Beebe was involved in a romantic relationship with Gary Pergler and had at least one daughter with him.

Michelle Pergler also claims that someone had been texting a member of the family from her father’s cell phone claiming to be him after he had already been reported missing.

“What’s not in the news is that someone had been messaging a family member of mine pretending it was my father saying he was going to kill himself,” she said. “It was along those lines. We didn’t believe it was him, that’s not my dad he doesn’t talk like that. We did a welfare check on him that’s when we were notified he was missing. Someone else had his phone that was definitely not my father.”

Barr declined to give details about the situation as the investigation remains open.

Beebe remains in the Pike County Jail on charges of murder and hindering prosecution on a total bond of $105,000.