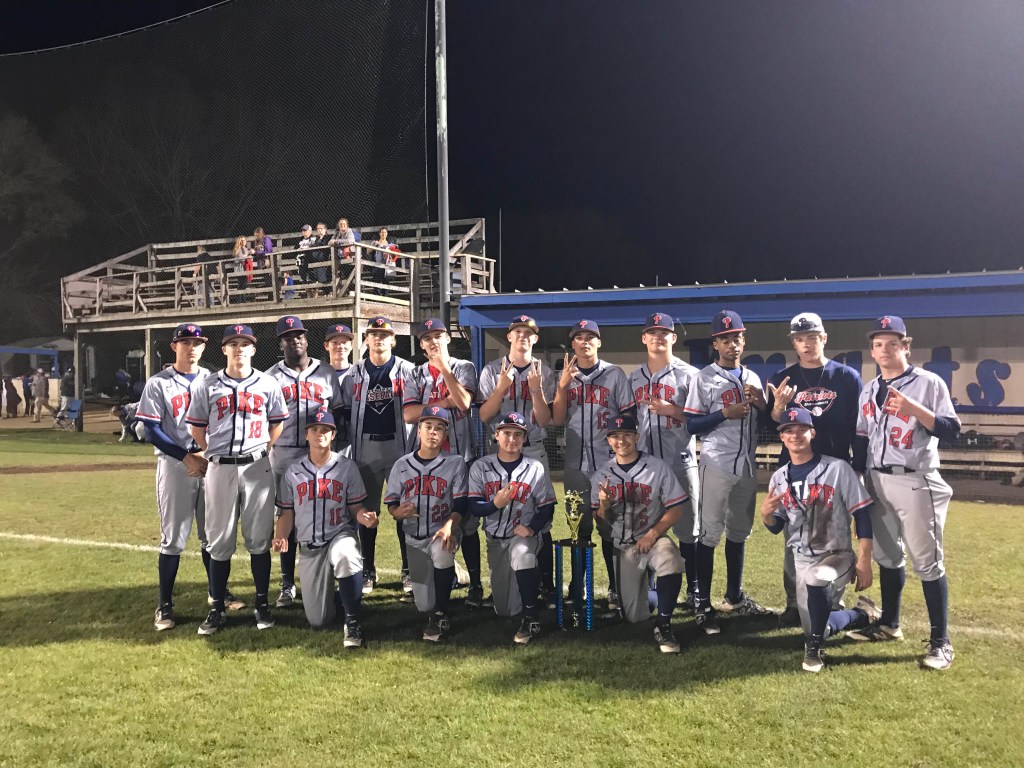 Submitted Photo The Pike Liberal Arts Patriots celebrated with their trophy after they Macon East 13-0 to win the Macon East Tournament this weekend.

The Pike Patriots bounced back from their loss in the Jonah McWaters Tournament and took home the Macon East Tournament championship with a 13-0 win over the host.

The win for the Patriots moves their season record to 17-3.

“It was a good weekend,” said head coach Allen Ponder. “We played good basketball. We had one hiccup in that first championship game. Luckily, we played well enough to where they had to beat us twice. We came back and took care of business.”

The Patriots looked to play more consistent this weekend and Ponder thought his players did that.

“We were a lot more consistent in the way we played,” Ponder said. “It was definitely a step in the right direction.”

The Patriots viewed this weekend’s tournament as a preview for the postseason.

After the Patriots couldn’t finish last weekend in their own tournament, Ponder was pleased with how his team responded. “After coming up a little short in our tournament, it was nice to rebound and win the next one,” he said.

The Patriots will get into the thick of their schedule over the next couple of weeks. After visiting Crenshaw on Tuesday, they will dive into area play on Thursday at home against Northside.

“You want to play your best baseball at the right time,” Ponder said. “We have the meat of our schedule coming up now. For us, we want to be clicking on all cylinders going into those games. I don’t think we are there yet, but we are close.”