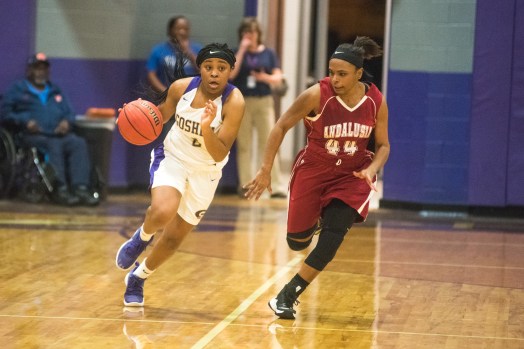 Photo/Jonah Enfinger Bree Griffin races down the floor for Goshen. 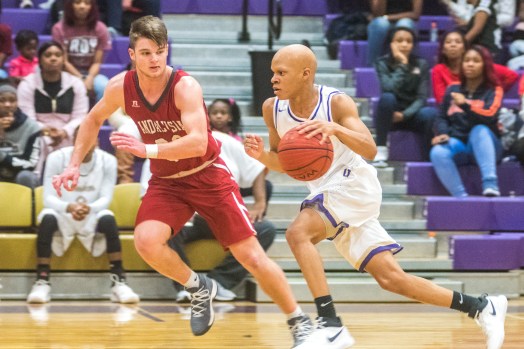 Goshen’s Michael Hollis tries to get around an Andalusia player. 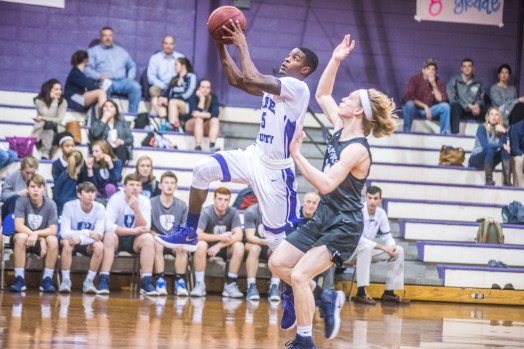 Photo/ Jonah Enfinger Jahzarian Lampley drives to the basket in a game against Providence Christian. 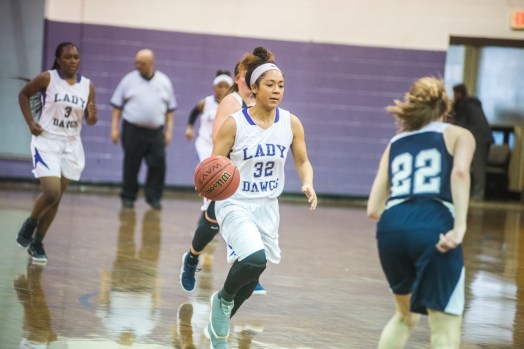 With the high school basketball season now at a close, the attention shifts to award season. Seven local players from three different schools were named to this year’s All-State team.

On the girl’s side Charles Henderson, fresh off their state championship, had two players land on the Class 5A All-State team. Junior Maori Davenport, who took home Final Four MVP honors, was selected as a first-team member, while sophomore Niaira Jones landed on the second team after being named to the All-Tournament team in Birmingham.

In class 2A, Ty’Quajah “Bree” Griffin of Goshen earned first-team honors after leading the Eagles in scoring this season.

After leading the Pike County Lady Bulldogs to their finest season in recent memory, junior guard Precious Vaznaian was named as an honorable mention in Class 3A.

“We are trying to build,” said head coach Todd Reynolds. “You try to take steps in the right direction. To have a player recognized for being a top notch player is a good accomplishment and now that is something for her to build on for next year.”

Senior Michael Hollis of Goshen helped lead the Eagles boys to the Class 2A Regional Semifinals. Hollis led the Eagles in scoring on multiple occasions in the final weeks of the season. He was named to the All-State Second Team in Class 2A. He finished the season averaging nearly 20 points per game.

“It’s very well-deserved,” said Eagle head coach Ethan Carroll. “He has been wonderful in the three years that I have had the privilege of coaching him. It’s something that he has worked for so I am super proud of him.

“What I am most impressed with is three years ago he got really serious about his academics. He got his ACT back and he got a 25. That has opened up the door for him. I love the fact that he is a great basketball player, but most importantly that son of a gun did a heck of a job in the academic setting.”

The Pike County Bulldogs landed senior Jahzarian Lampley on the Class 3A second team, while center Andres Burney was named as an honorable mention.