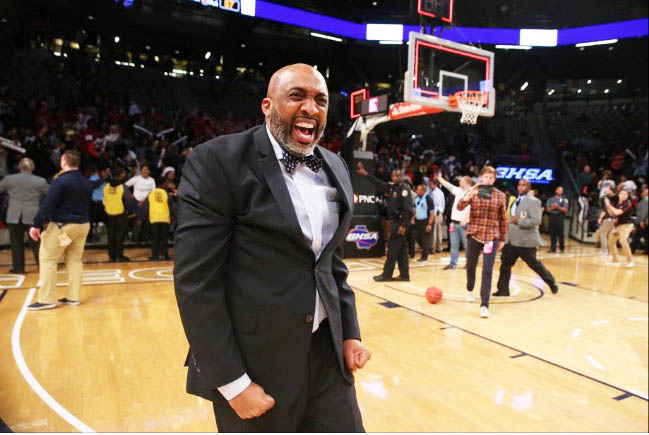 On the heels of losing his mother, the late Troy District 5 Councilwoman Dejerilyn Last season, King led the Wildcats to its best finish in school history. Despite the success, the Wildcats fell in the Final Four.

This season, King and Lovejoy finished the regular season 32-1 on their way to winning the Georgia Class 6A state championship.

“My family came up to the game and it was such a beautiful thing,” King said. “It was awesome for my family to come up there and witness something that is great for my career.”

This was not King’s first opportunity to claim a state championship. In 2010 he led Carver Atlanta to the state finals and he did it again in 2013 with Sandy Creek, both resulted in losses.

“The third time’s the charm,” King said. “I was finally able to get the monkey off my back, so it’s pretty exciting.”

“Dean Smith won his first championship in his 18th year,” King said. “I think John Wooden was 15 years and Coach “K” (Mike Krzyewski) was like 11 years. I was like ‘I’m coach K. It took me 11 years to win a championship.’ Experiencing that failure allowed me to get to this point and to this moment.”

King took many lessons from his mother, but one that stands out to him is strength. King experienced his mom losing her mother and he was able to see the strength of the late councilwoman.

“She has always given me the strength to move on,” King said. “It was strength that allowed me to move on and live my life.”

King knows his mother would be more than happy to see her son experience this accomplishment.

Being a long time fan of Charles Henderson athletics, the news that the Lady Trojans also claimed a championship this year was not lost on King.

“The irony of it is I went to watch them play in the Final Four against Wenonah,” King said. “I knew that was going to be their big game. I have been following them all along. I root for my alma mater in everything. It’s such a great moment.”