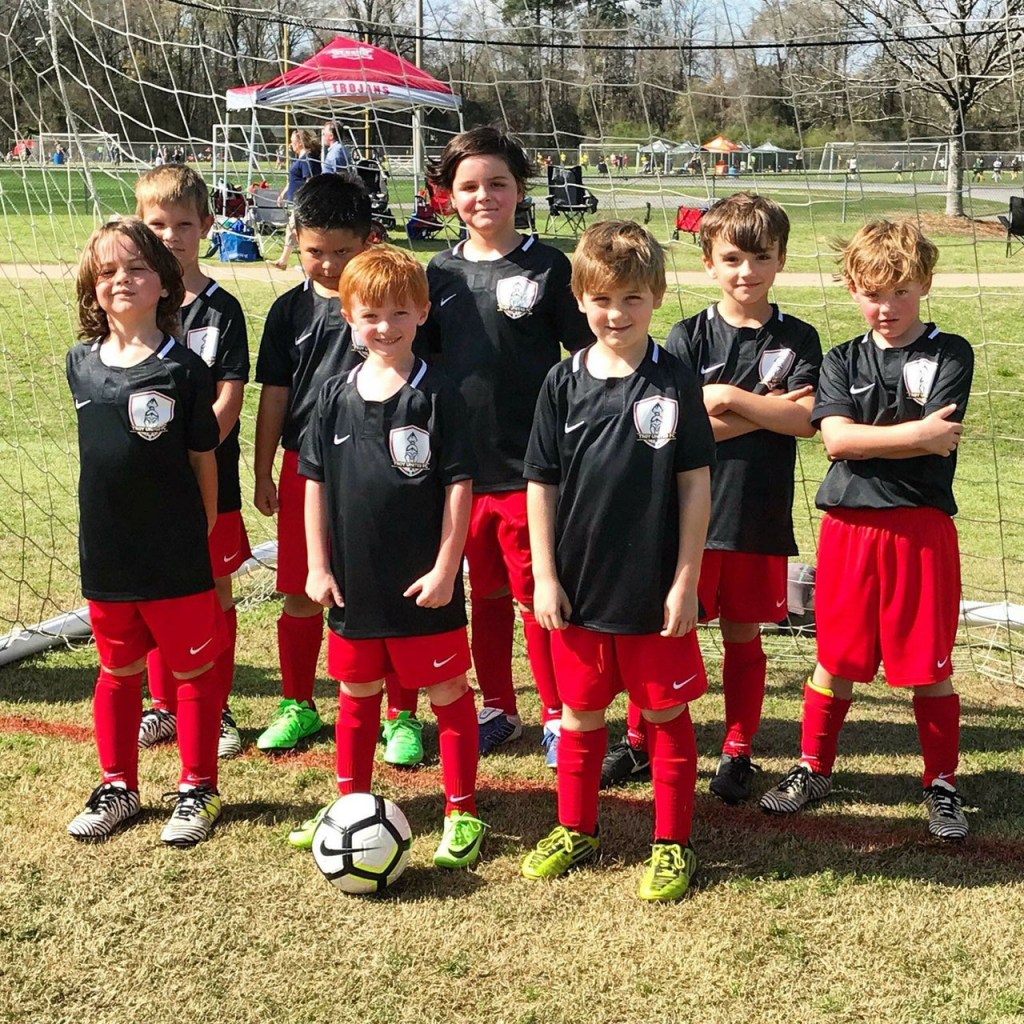 The Troy United Football Club is in its early stages, but coaches Kenneth Green and Adam Drinkwater hope it will have a large impact.

Soccer is a popular sport at the recreation level in Troy. The league had over 200 participants last season. Even with the popularity, coach Green felt there was something missing: a soccer club.

“Recreation soccer in Troy has gotten really big,” Green said. “There is no reason why Troy can’t have a competitive soccer club. We have a lot of competitive baseball, which is good, but we wanted to offer something for soccer.”

Enterprise, Montgomery and Dothan all have competitive soccer clubs, but until now, Troy was left out.

After making several trips to allow his son to play club soccer in Enterprise, Green thought it was time to start something closer to home.

“Me and a couple of other guys decided to get together and start a club,” Green said.

After joining US Club Soccer, Green and Drinkwater had to play under one badge, Troy United FC.

“A club means that you play behind a badge,” Green said. “Our badge is Troy United FC.”

Right now, Troy United consists of just the 8U team, but Green expects more teams to be created soon.

“We are working on the U9 girls team right now,” Green said. “We just had interest in starting a U16 boys team. Over time, we hope to build multiple age groups.”

“Word of mouth got out,” Green said. “People came out of the wood work asking about it and trying to join the team to the point to where we almost had a tryout.”

“We put a lot of work into that,” Green said. “It’s very exciting. All the kids were really pumped about it. They did really well.”

Troy United will participate in their next tournament at the end of April in Dothan. Until then, they will be staying busy with “play dates” against other teams in the region.

“We do what a lot of clubs do in the area and that is play dates,” Green said. “We will go to Enterprise or Enterprise will come here and we will play two or three games.