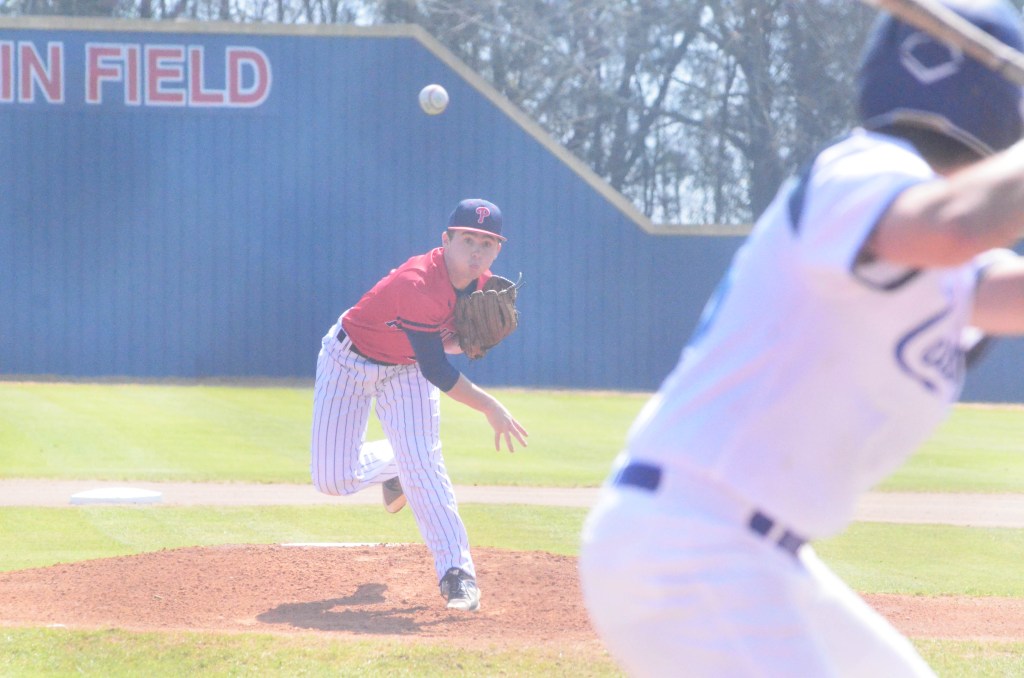 The Pike Patriots baseball team started out the Jonah McWaters Tournament with a 10-0 win over Crenshaw County on Friday morning.

The win for the Patriots improves their record to 13-0.

After holding the Cougars scoreless in the top half of the first, the Patriots jumped on the scoreboard with two runs in their first at-bat. Jade Sikes singled up the middle to score both Cody Hollis and Reed Jinright.

The Patriots broke the game open in the second inning when they scored five runs to go up 7-0. Wood Jinright began the scoring with an RBI single to left to score Max Copeland, putting the Patriots up 3-0. Reed Jinright followed suit and singled to score Hollis. Cole McWhorter had the big hit of the inning and of the game when he cleared the left wall for a three-run homerun.

The Patriots put the final nail in the coffin with a three-run third inning. Reed Jinright singled to left center to drive in both Copeland and Cody Hollis and Wood Jinright came in to score on a bases-loaded walk, making the score 10-0.

The Patriots were scheduled to take on Tuscaloosa Academy at 7 p.m. on Friday night. Visit Troymessenger.com for coverage on the Jonah McWaters Tournament.