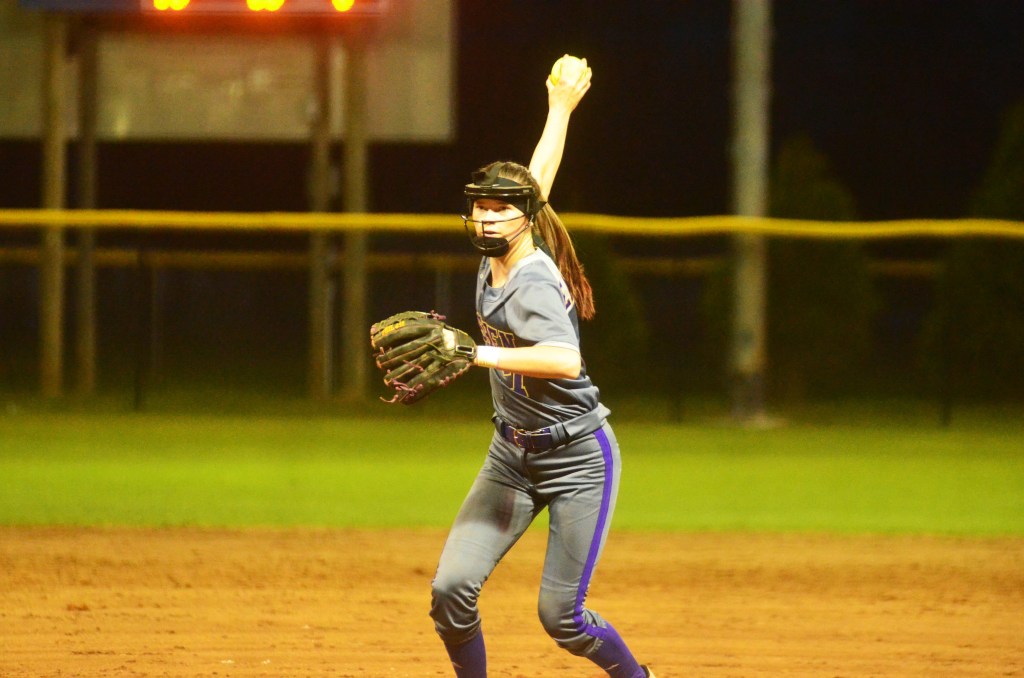 The Eagles fell to Pleasant Home 10-7 on Tuesday night in Goshen. Above: Alexis McLendon delivers a pitch.

Throwing errors cost the Goshen Lady Eagles in a 10-7 loss to Pleasant Home on Tuesday evening in Goshen.

The Eagles’ six errors were too much to overcome despite a three-run seventh inning that left Goshen just short.

Alexis McLendon got the start for the Eagles in the loss. She pitched 4.2 innings and allowed seven overall runs.

The Eagles allowed four runs in the second inning, none of which were earned. The Eagles catcher, Avery Henderson committed two throwing errors on dropped strikeouts. Pleasant Home made the Eagles pay for it with a bases-clearing triple to put them up 4-1. They scored one final run in the inning on a wild pitch.

The Eagles attempted to climb back in their half of the second when they scored two runs on an RBI single by McLendon and a double by Calhoun to bring the score to 5-3.

The fourth and fifth were clean innings for both teams. In the sixth, Pleasant Home got back on the board when they scored two more runs on two errors and two walks chasing McLendon out of the game.

Goshen went into the bottom of the sixth down 8-3. They got one back when Madison Wilson grounded out to drive in Henderson, bringing the score to 8-4.

Pleasant Home scored two more runs in the top of the seventh, putt the Eagles down six heading into their final at-bats.

The Eagles started the inning with a triple by Calhoun and had back-to-back doubles by Megan Tillery and Kate Warrick to cut into the lead at 10-6.

Henderson drove in Warrick on a single to bring Goshen to within three. They couldn’t get any closer and fell 10-7.

The Eagles will be back in action on Thursday when they travel to take on Andalusia.