Patriots split with the knights 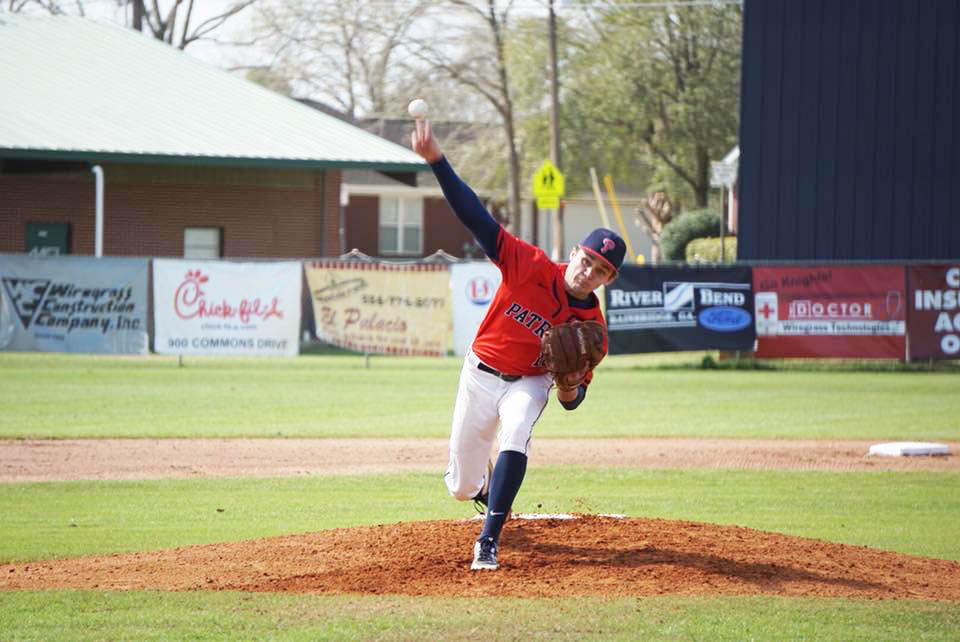 Photo/Hollis photography Jade Sikes delivers a pitch during the Patriots’ game against Northside on Saturday.

The baseball team knocked off the Knights 9-1, while the softball team fell 5-1.

The Patriots remain unbeaten at 7-0 with the win over the Knights and 1-0 in area play.

Jade Sikes got the start on the mound for the Patriots. Sikes lasted five innings and gave up one run on five hits and four walks. He struck out four batters.

Nathan Renfroe pitched the remaining two innings. He surrendered one hit and struck out four.

The Patriots scored two runs in the second inning when Max Copeland hit a sacrifice fly and Sikes came around to score on a wild pitch.

After both teams traded a run in the third and fourth innings, the Patriots broke the game open with a four-run fifth inning.

Cason Murphree scored the first run on a passed ball; Wood Jinright and McWhorter each hit a sacrifice fly and Renfroe doubled to center to score Allen.

The Patriots scored their final two runs in the seventh on a fielder’s choice and an error.

The Lady Patriots fell to 3-6 over the weekend when they fell to the Knights. They are 0-1 in area play.

Dannah Dawson led up five runs in her five-inning complete game. She allowed 10 hits and struck out three.

Morgan Bundy had three of the Patriots’ six hits against the Knights. Haleigh Dewberry, Katelyn Dendy and Dawson each had a hit.

The Patriots’ lone run came in the fourth inning when Dendy doubled to right field to score Dewberry.

The Lady Patriots will host Northside on Tuesday. The Patriot boys will be in action on Thursday when they host Emmanuel.