Another level: Davenport’s style of play continues to punish opponents 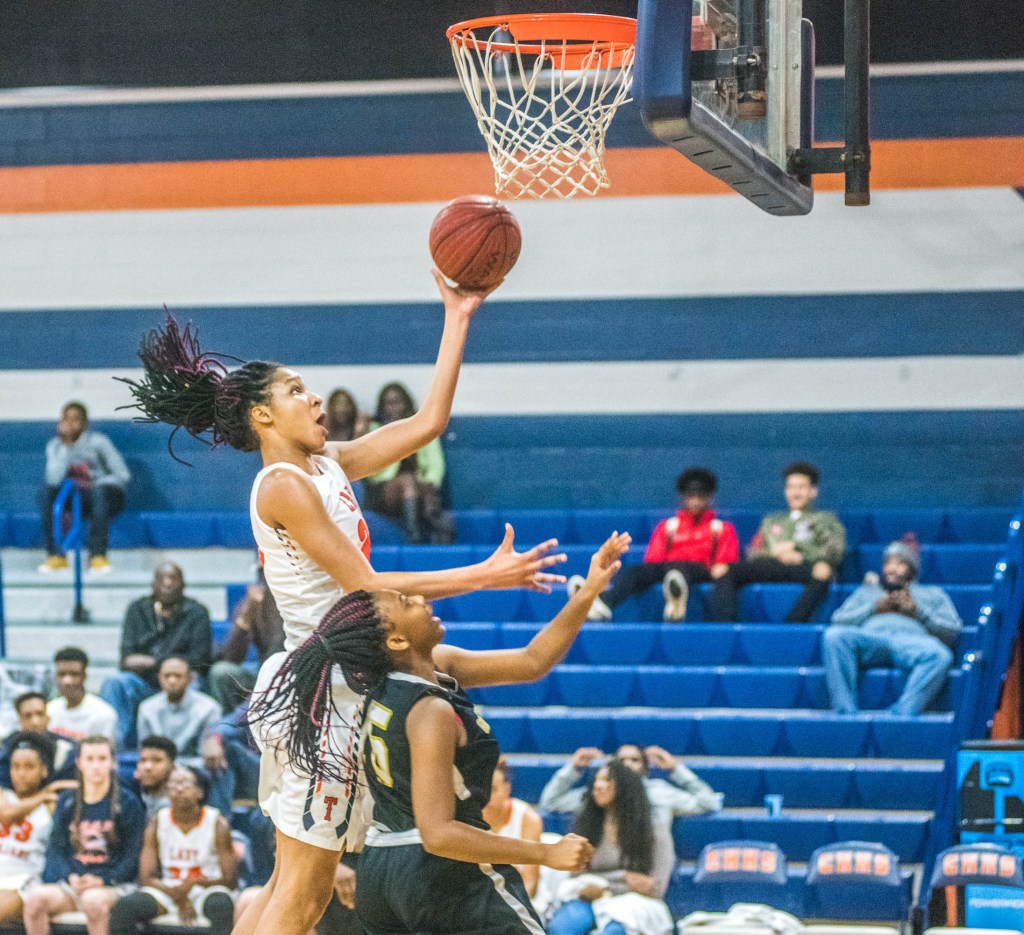 Maori Davenport goes up for a shot against Greenville earlier this season. Davenport scored 30 points while hauling in 30 rebounds for the Trojans during their win on Monday over Eufaula.

Charles Henderson junior Maori Davenport was a one-player wrecking ball in the Trojans’ 58-37 win over the Eufaula Tigers in the Southern Regional semifinals on Monday afternoon in Dothan.

The junior scored 30 points and hauled in 25 rebounds.

“Maori’s mentality is beast mode,” said Trojans head coach Dyneshia Jones. “She isn’t going to let anybody back her down. She has that winning mentality also. The only way anybody can stop her is if she is hurt.”

The Trojans played a little out of control at times on Monday according to Jones. Despite scoring 30 points, Davenport too thought she played out of control. She had a double-double by halftime time though, scoring 11 points and gobbling up 12 rebounds.

“I thought I played as hard as I could,” Davenport said. “I was a little out of control during some plays.”

During the second half, Davenport added 19 more points and 13 more rebounds to help the Lady Trojans pull out a victory.

“Honestly, I don’t know,” Davenport said when she was asked what was different. “Maybe I just turned on the switch.”

Davenport has the ability to take over a game. In last season’s state championship game, the then-sophomore led the Trojans with a record-breaking performance that included 20 points, 25 rebounds and a state record 19 blocked shots.

Over the last two games, Davenport has scored a total of 47 points.

It’s because of that type of play that Davenport has gained the attention of college coaches throughout the southeast. Davenport has had looks from every member of the Southeastern Conference.

“She is getting tons of letters,” Jones said. “She is going to have to decide soon, but right now she is just enjoying everything. She could play for me right now is what they are saying. That makes me proud as a coach.”

As for a favorite, Davenport has a secret list that she will keep under wraps for now. Davenport said she is waiting for the right time to make her college decision.

“I don’t really have a time frame,” Davenport said. “I am just waiting for my heart to lead me to the right place.”