Trojans see their season come a close after falling to Eufaula 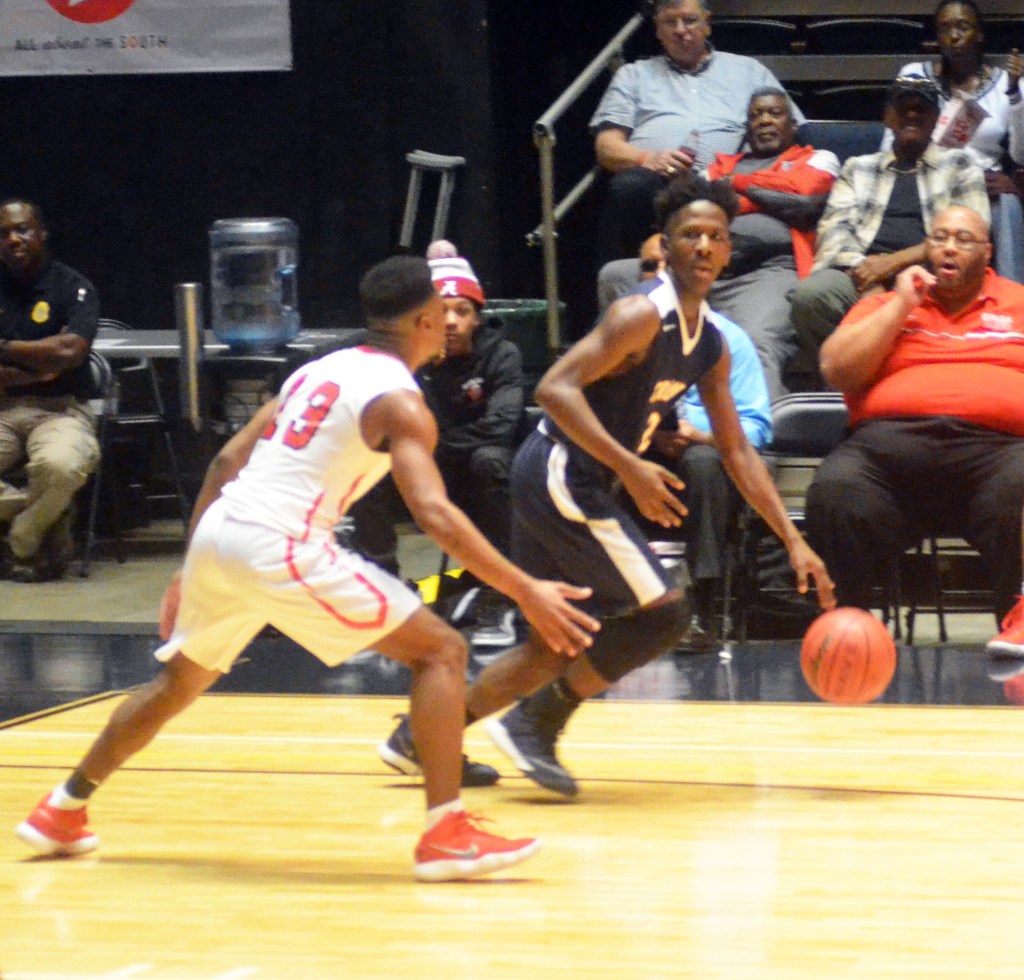 Keith Wheeler looks for an open teammate during Charles Henderson's game against Eufaula. The Trojans fell to the Tigers 74-59.

The Charles Henderson Trojans had their season come to a close on Monday afternoon when they fell to the Eufaula Tigers 74-57 in the Class 5A Southern Regional Semifinals.

“When they get 20 offensive rebounds, that’s going to be the difference in the game,” said Trojans head coach Shelby Tuck. “We didn’t do the job on the boards and we paid for it.”

Tuck contributed the lack of rebounds and the lack of an inside presence to the Tigers’ athleticism and nerves.

“We had some success, but they have 15 athletic guys,” Tuck said. “They were nervous, but at the end of the day, we still have to come out and play basketball no matter what stage you’re on.”

The Trojans led only once in the opening half against the Tigers. That came after Jalen Tuck knocked down the first three points on a shot behind the arc.

The Tigers outshot the Trojans in the opening half 44 percent to 34 percent.

Kelshun Campbell was a consistent scoring threat for the Trojans. The big man compiled 11 points in the first 16 minutes of play on 5-10 shooting. Keith Wheeler scored 8 points in the opening half.

The Tigers extended their lead to as high as seven in the second quarter at 24-17. Campbell knocked down a 3-pointer in the final seconds of the half to send the game to halftime with the Trojans trailing the Tigers 30-26.

The Trojans couldn’t get much going against the Tigers in the second half. They trailed by as many as 20 points in the half. After entering the fourth quarter trailing 54-36, the Trojans outscored the Tigers in a quarter for the first time 23-20, but it wasn’t enough to overcome the difference.

Campbell led both teams in scoring with 20 points. He finished three rebounds shy of a double-double.

The Trojans had two other players finish in double figures. Keith Wheeler finished with 15, while senior Tuck had 11 in his final game in a Trojan uniform.

“I am extremely proud of the guys,” Tuck said. “They fought hard. They had a run there when they won 9, 10 games in a row. For it to end this way is disappointing. We are going to get back to work.”